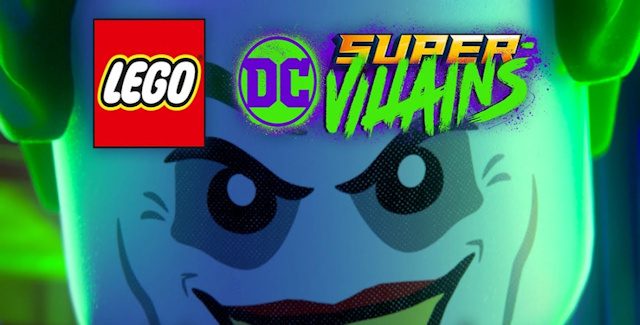 First Enter The Cheats Mode: To turn on cheat codes, you first have to be in-game. Next, during gameplay press pause. Like in every Lego game you can enter codes from the Main Menu by selecting “Extras” and then “Go To Cheat Code Room”. Where you can enter a code, after which you can activate the cheats in the “Extras” menu. – Remember that the next time you play the game, you’ll have to activate the cheats again if you want to keep using them.
Additionally, you can visit the cheats menu through the open hub world’s Amusement Mile by going upto the Joker head door to enter cheats, which is what’s called the “Cheat Code Room”.

The lists below give you the cheat description, followed by the code to enter into the game.
Lists are ordered alphabetically and all Lego DC Super Villains cheat codes have been confirmed to work for their indicated game systems.

Please note: These codes should work on all versions of the game. Not sure? You can always try them out to get lucky.

How to activate codes: You can enter these codes from the game’s Main Menu then selecting “Extras” and then “Go To Cheat Code Room” to enter a code. After which you can activate the cheats in the menu.

[WORK-IN-PROGRESS: MORE CHEAT CODES WILL BE ADDED AFTER LAUNCH!]

All versions of Lego DC Super Villains get downloadable content (DLC) right away. But only if you pre-order the Deluxe Edition.

The $15 Season Pass comes with all future DLC characters.

Do you know of any other cheat codes in Lego DC Super Villains? Please share your own codes in the comments with fellow Lego fans! You’ll get credit.
We’ll update this page regularly with all the newest codes. Thanks for visiting! 🙂