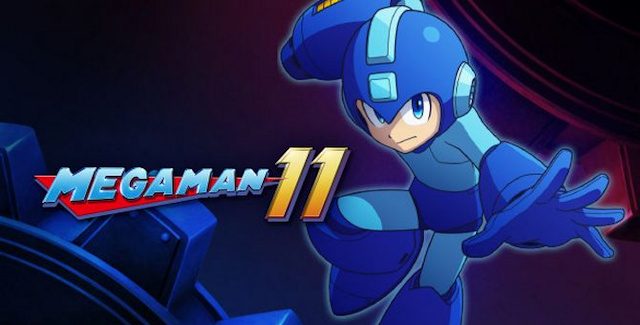 Here we will show you how to unlock all Mega Man 11 codes with a cheats list that’s valid for the PC, PS4, Switch & Xbox One versions (where available).

How To Unlock All Shop Items: There are some unlockable items hidden in the in-game shop. Instead of finding them in the levels you unlock by doing random tasks like going Game Over, finishing the game’s story mode, by playing Mega Man 11 on a Saturday, etc.

How To Unlock All Post-Game Shop Items: There are some unlockable items hidden in the in-game shop. You unlock them by finishing the game’s story mode to the end (beat Dr. Wily), at which point they become available to buy at a price of 3000 Bolts.

How To Get Amiibo Items: You can scan up to 20 Amiibo every day, each Amiibo once per day. Go to the Pause menu, and bring up the Amiibo scanning screen by pressing the Y button on Switch / Square button on PS4 / X button on Xbox One.
Pause menu where you see Mega Man’s status and gear. Press Y button to bring up the Amiibo screen.
Every Amiibo is compatible too. The non-Mega Man ones give you health and weapon energy drops and occasionally a 1-up.

Get ready for perilous pitfalls, treacherous spikes, and Robot Master boss battles that will put your skills to the test. Sometimes you need a little help conquering that first boss to get the momentum going, so Capcom helps you master Mega Man’s new abilities and make it through Block Man’s stage with these gameplay tips and tricks.

The Blue Bomber’s new Double Gear System offers players several options for how they approach the variety of stages in Mega Man 11.

• Speed Gear – Toggling this ability enhances Mega Man’s speed, making him move so fast that it appears as if the world around him has slowed down. In essence, it slows time so that players can better dodge falling blocks, battle quick enemies, and more.
• Power Gear – This Gear powers up Mega Man’s arm cannon, enabling rapid-fire shots and a double-charge shot blast for huge damage. It also powers up boss weapons, which we’ll cover in a minute. It’s great for battles against the spikey mid-boss in Block Man’s stage and for taking down the Robot Master himself. Be careful about overusing either Gear, as the Double Gear System can overheat and you’ll have to wait for it to cool down before you can use it again.
• Double Gear Technique – Try pressing R1 + L1 at the same time when Mega Man’s health is critically low to unleash the Blue Bomber’s hidden power. Mega Man will trigger the Power and Speed Gears simultaneously, giving him a heavy advantage in combat.

Mega Man’s core abilities and exciting new powers are crucial for making it through Block Man’s stage for a showdown with the Robot Master himself. Block Man’s stage is filled with tricky platforming challenges, falling blocks, auto-scrolling mazes, and tons of pits, all ready to claim one of Mega Man’s lives. Here are some stage-specific tips to keep in mind if you’re having trouble getting through the level:

• Speed Gear, Speed Gear, Speed Gear! – This tip bears repeating, as Mega Man’s new time-slowing Speed Gear works wonders on this stage.
• The Conveyor Belt Block Maze of Death – Block Man’s stage features a couple of sections where Mega Man walks onto a conveyor belt that feeds him backwards towards a spinning tower of blades. Meanwhile, huge block mazes fall from the ceiling on to the conveyor belt, forcing Mega Man to break his way through to escape instant destruction. Use the Mega Buster to blast cracked blocks out of the way and navigate through the openings that are created, and use the slide ability (Down + Jump) to squeeze through some of the smaller gaps.
• Mid-Boss Battle Tactics – Just like the classic games, Mega Man 11 is packed with memorable mid-bosses, and you’ll face off with a tower of power in Block Man’s stage. This four-story pillar is covered with spikes, so try to dodge them when it flings its segments across the room. Use the Speed Gear to slow the boss down and find safe spots to stand more easily.
• Block Man Transformed – Reaching the boss in any Mega Man stage is an achievement in and of itself, so make sure to congratulate yourself whenever you reach those iconic hallway shutters. Part way into the battle with Block Man, he will go berserk and use his own Power Gear to transform into a giant robo-golem. Unleash charged shots into his glowing red weak spot, and avoid taking damage by studying behavioral cues for his punch, slap, and rock toss attacks.

These tips – along with your own determination and skill – will help you defeat Block Man’s stage and acquire his Block Dropper ability. This nifty weapon allows Mega Man to drop a ton of blocks on the heads of foes (try powering it up with the Power Gear!), and will offer a huge advantage in the rest of the stages.

There are no Mega Man 11 cheats on Xbox One, Switch, PS4 & PC yet. So until they are discovered, we made the handy Mega Man 11 guides listed above to help you with tips and tricks for the game!

Do you know of any Mega Man 11 cheats or unlockables?
Let us know in the comments, you’ll get credit for finding out. – Thanks for visiting!