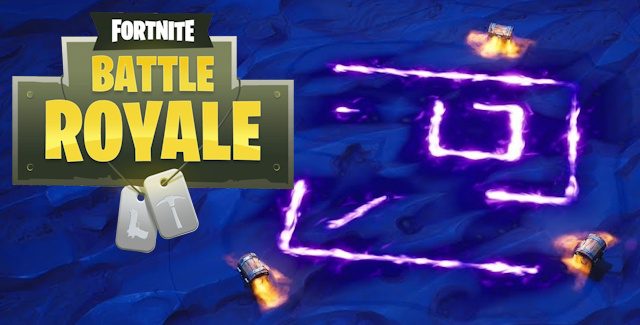 Update: No Battle Star found in Week 2 yet. Turns out there isn’t one this week, and instead there’s just a secret Hunting Party Banner. 🙁

How To Find Search Challenge Locations In Fortnite Battle Royale – Season 6 Week 2: This video guide will show you Season 6 Week 2 of Fortnite’s Battlepass Challenges that include the Paradise Palms Banner location and finding all of the Chest as well as the Corrupted Areas locations around the map.

Challenge Locations covered for Season 6 Week 2 in the video guide are:

Note: Week 2 challenges will be available on October 4th at 4am ET/8am GMT. This was an intended change to push back Weekly Challenges to Thursdays (since 4 months ago). That’s why they are not working until Thursday.

When you successfully visit a corrupted area, it will come up on the screen saying you have done so.

Note: You need to win/lose the game for it to count towards the challenge. You cannot just quit.

• Use a Shadow Stone in different matches (0/3)

Locations: These Bolt-Action Sniper Rifle in Fortnite can generally be found in Vending machines and chests. — If you want to grind through chests, the route in the video guide gives you around 12 chests in about 2 minutes. It starts at the Lonely Lodge Tower and end next to the Lodge itself. Since the odds for the Bolt-Action Sniper Rifle are so slim it can still take several matches to find one. So don’t get frustrated, it will turn up sooner or later.

Tips: The Season 6 Week 2 secret Hunting Party Banner can be found by the carriage, just north-west of Paradise Palms.

Note: To actually get the hidden banner to appear though, you first need to complete 2 sets from any of the weekly challenges (weeks 1-10).

Once two sets of them has been completed, this secret battle star can be collected. It will reward you with a banner to use (unfortunately NOT one full battle pass tier).

AFTER completing all Challenges in a regular Battle Pass week, a free Battle Star from the loading screen can be obtained.

Tips: The Blockbuster Challenge in Week 2 of Fortnite Battle Royal gives you a free Battle Star that you can pick up after you completed the weekly challenge sheets. After completing these challenges, you get rewarded a new loading screen that shows a Battle Star poking out in the back.

Reward: The battle star rewards you with a free battlepass level tier (10 stars) upon collecting it.