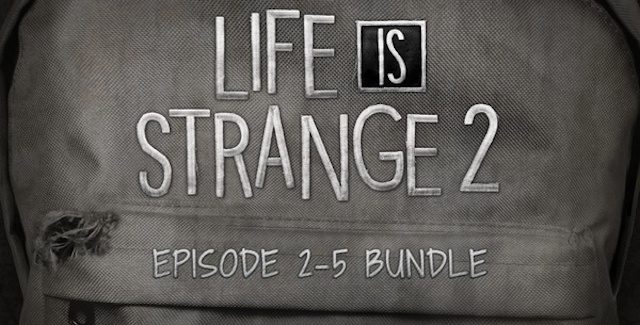 What is the Life Is Strange 2 Episode 2 release date? Dontnod Entertainment is back in the development chair with the 5-episodes-long second season of Life Is Strange. If their development timetable is like the first season, on average with their episodic games you can expect a new downloadable episode every 7.5 to 12 weeks as the season progresses. As such, it’s guesstimated that Episode 2 (title unknown) is arriving on Tuesday, January 8th, 2019 at the earliest the developer confirmed in a November update. That date is worldwide on PC (Steam), PS4 & Xbox One all in the same week.

Here are a few more details about what’s in store for Season 2:

At the Dontnod developers’ PAX West 2018 Panel, they said the following:

“The game’s about education. You know, it’s about teaching. I mean I have an older brother, same exact age difference between Sean and Daniel, so if you have siblings you all know what it’s like to have a little sibling chasing you. I know that I was the obnoxious sibling to my older brother, like ‘hey Scott, what are you doing?’ when his friends are out. So that’s a universal. Doesn’t matter, we all understand that sense of sibling rivalry or, you know, companionship. And so this game is going to be about Sean having to try to teach Daniel and of course your choices and actions will determine Daniel’s behavior in the narrative.”

“I think what Michel, and Raoul and Jean-Luc Cano as the original story writer and the character writer for the game, and also for Life is Strange: Captain Spirit, I think he just wanted to explore this world of brothers in this kind of desperate situation and how younger people respond to, you know, trauma and obstacles and also, you know, the learning and evolution of a person. And plus it’s a road movie story so you’re actually going to be encountering all these different situations and people. So it’s a tapestry, and it’s a larger tapestry from Life is Strange, so it’s part of the universe, but it’s expanding on that so it’s different. We want to be ambitious. We’re trying to be ambitious and keep moving forward and push the boundaries for the Life is Strange universe.”

What do you think will happen on the next episode of Life Is Strange 2?