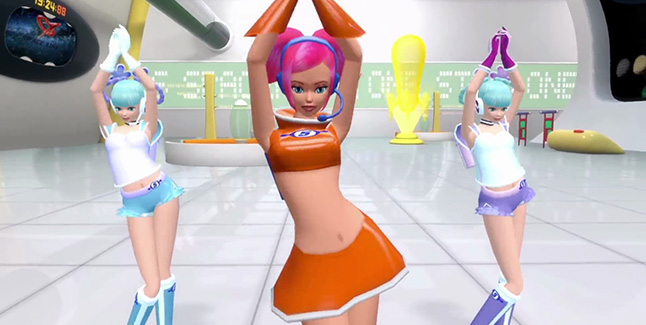 G-rounding has released the first trailer for Space Channel 5 VR: Arakata Dancing Show, which is due out for PlayStation VR in 2019.

“Users will dance with Ulala to save the world from the invasion of mysterious dancing aliens known as “Morolians.” Players will take on the role of a newbie reporter at a future universe television station, decide on poses with senior reporter Ulala, and eventually dance.”