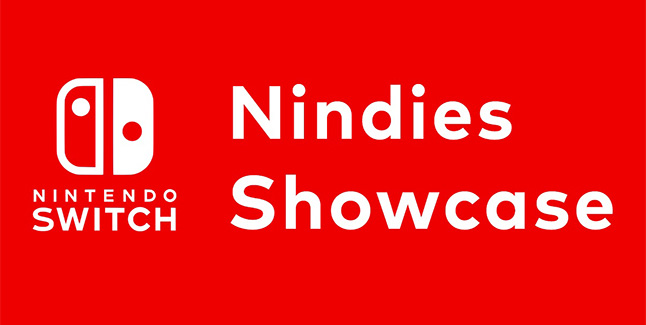 Over the next several months, Nintendo Switch will see its already deep game library grow even more with the release of a diverse lineup of games from independent developers. During a Nindies Showcase video presentation, Nintendo highlighted just a slice of this varied lineup of indie games, which includes indie hits like Into the Breach, Hyper Light Drifter – Special Edition and TowerFall, as well as first-time releases like Zarvot and Bullet Age.

“The ever-growing community of talented independent developers sees the benefit of releasing creative games on the versatile Nintendo Switch, a system that can be played at home or on the go,” said Steve Singer, Vice President for Nintendo of America’s Publisher & Developer Relations team. “We are happy to support their work and contributions on our platform as we further grow our strong relationship.”

Highlights of the presentation include:

• Into the Breach: The hit turn-based strategy game is headed to Nintendo Switch. In the stylish Into the Breach, players will suit up in powerful mechs and defend against the Vek infestation across randomly generated islands. Players can perfect their strategy and build the ultimate mech by finding powerful new weapons and unique pilots throughout the campaign. Into the Breach is available for Nintendo Switch starting … TODAY!

• TowerFall: Anyone who is interested in the indie game scene has most likely heard of TowerFall. The extremely popular action game is beloved by many people for its slick fast-paced gameplay and raucous local multiplayer matches. This version of the game includes all the original and add-on content, as well as a new six-player battle mode, four additional Variants and the ability to play as Madeline and Badeline, two characters from indie game Celeste. TowerFall ascends onto Nintendo Switch on Sept. 27, but is also available for pre-purchase starting today.

• Treasure Stack: Treasure Stack adds a unique platforming mechanic with hookshots and grappling hooks to the traditional falling block puzzle formula. In the game, players control a whimsical cast of heroes as they navigate obstacles to stack treasure chests and solve puzzles. With cross-platform play with Xbox One and PC, players will be able to stack online with even more players. Treasure Stack launches for Nintendo Switch this winter.

• Zarvot: Charcoal and Mustard are the stars of this charming arcade game about friendship among cubes. In the game’s story mode, players adventure through nine worlds as they attempt to cheer up their best friend. And in Versus Mode, friends can challenge friends to some cutthroat cube action across five game modes. Zarvot launches first on Nintendo Switch in October.

• Mineko’s Night Market: While Mineko’s Night Market boasts more than 20 hours of story-based gameplay, including four regions to explore, diverse villagers to meet, interesting quests to undertake, and activities like sewing and woodworking to partake in, it also features cats. A lot of them. But even though this is a game starring cats, dog people will love it as well! Mineko’s Night Market opens for business first on consoles on Nintendo Switch in early 2019.

• Samurai Gunn 2: This sequel to the original lightning-fast Bushido brawler features a new adventure mode. Players can explore a medieval metropolis on the brink of crisis to discover the mystery behind Gunn City’s ghostly threat. Classic Versus Mode returns, with up to four players battling it out in sword-and-gun battles. Samurai Gunn 2 launches on Nintendo Switch in early 2019.

• Bullet Age: In this co-op action game, players can team up with another player in an intuitive mix of sword-and-gun gameplay. Bullet Age also features challenging platforming, fully upgradable weapons and a charming cartoon art style. Players will feel HD Rumble when they attack and when locating hidden secrets. Bullet Age launches as a console exclusive on Nintendo Switch in November.

• The World Next Door: Influenced by anime, The World Next Door is a story-driven game that follows a rebellious teenage girl trapped in a parallel world inhabited by magical creatures. Players will meet and develop friendships with an eclectic cast of characters by means of a reputation system, which features branching dialogue based on player choice. The World Next Door becomes a friendly neighbor on Nintendo Switch in early 2019.

• Levelhead: Players that have a head for level building have found a game for them. In Levelhead, players can design their own game levels using a robust level maker using both touch-screen and traditional controls. Subscribing to other people’s content allows players to create a curated feed of levels they can play. With leaderboards, level sharing and couch co-op, the possibilities are endless! With cross-platform capabilities, content can be shared with players on all platforms that also support Levelhead, including PC, iOS and Android. Players can also take control of GR-18, a delivery robot in training, through a full-fledged single-player campaign. Levelhead launches on Nintendo Switch in November.

• King of the Hat: This fast-paced, hat-based party game finds players crushing their friends’ hats before they crush their own! All in game, of course. No actual hats were harmed in the making of this game. Matches in the game are short and action-packed – perfect for playing on the couch or on the go. And thanks to simple two-button controls, anyone can pick up and play in local or online multiplayer. King of the Hat launches on Nintendo Switch in early 2019.

In addition to all these games, the Nindies Showcase video also detailed a new channel on the Nintendo Switch system that will entirely focus on indie games. Featuring updates and announcements about indie games, the Indie Channel is live starting today, and can be found by searching in “Find Channels” in the handy News app.

Additional indie games that are coming to Nintendo Switch this year include the following: