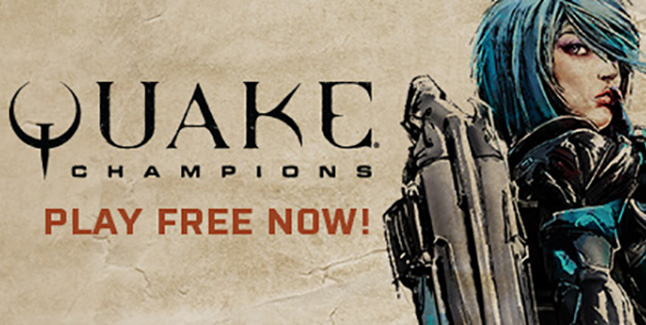 Quake Champions is now entirely free-to-play, publisher Bethesda Softworks and developer id Software announced at QuakeCon 2018. The game is available for PC on Steam and Bethesda.net.

Developed by id Software, in conjunction with Saber Interactive, Quake Champions is a return to the frenetic, fast-paced competition that established Quake as the originator of the multiplayer shooter genre more than 20 years ago. Quake Champions delivers the dark mythos of the first Quake combined with the groundbreaking multiplayer mayhem of Quake III Arena with a major modern twist – Champions. These fierce warriors each wield unique attributes and abilities, enabling players to compete in their own distinctive style, while adding an additional layer of strategy to the game.

• Incredible, Diverse Champion – Quake Champions introduces a roster of elite Champions, each equipped with unique attributes and abilities that are additive to Quake’s established gameplay. Champion skills offer a great variety to fit your play style.

• Uncompromising Weapons, Ready for Battle – Quake’s devastating arsenal of flesh-chewing weaponry, including fan-favorites like the thunderous Rocket Launcher, electrifying Lightning Gun, and snipe-tastic Railgun are back alongside new additions for you to master.

• Intense Game Modes – Established and beloved game modes return, including the gib-filled fragfests of Deathmatch and Team Deathmatch and the competitive fury of 1v1 Duel mode, while a new team-based mode, Sacrifice, joins the fray.