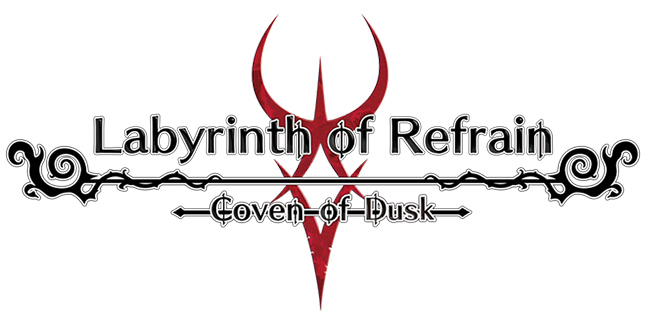 NIS America has released a new trailer for Labyrinth of Refrain: Coven of Dusk introducing the game’s cast of characters.

Watch the Labyrinth of Refrain: Coven of Dusk Characters Trailer:

Here is an overview of each character introduced in the trailer, via the game’s offiical website:

Dronya – The Dusk Witch. A beautiful raven-haired witch, cloaked in black robes. Dronya serves the king as a court witch, and is called the Dusk Witch due to her brilliant red-and-blue eyes. She is also known by another name: Baba Yaga.

Luca – The Witch’s Apprentice. Dronya’s young apprentice and traveling companion. An upbeat, excitable child who is easily moved to tears and laughter, often alternating between the two. Despite her young age, Luca can perform a variety of household tasks, such as cooking, cleaning, shopping, and doing laundry.

Petrone – Acting governor of Refrain and chairman of the Petrone Company, the largest market in town. It was Petrone who sent for the Great Witch, Baba Yaga, to investigate the Labyrinth.

Klaus – A butler in service to the Petrone Company. Polite, professional, and respectful in all his interactions with others. For this reason, he is perhaps too accommodating when demands are made of him.

Marietta – A one-eyed nun who resides in the town abbey. She lives a modest life of frugality, with potatoes serving as her main food source. Despite being a servant of God she will indulge in some vices, such as eating meat and drinking wine, should the opportunity present itself.

Neldo – The Mysterious Youth From the Labyrinth. A silver-haired young man who keeps a sword at his waist. Neldo is a trained warrior who specializes in sword techniques. He disapproves of Dronya’s exploration and eventually emerges from the labyrinth to confront her about it.

Labyrinth of Refrain: Coven of Dusk is due out for PlayStation 4, Switch, and PC via Steam on September 18 in North America and September 21 in Europe.