PlayStation Plus Games for July 2018 Announced 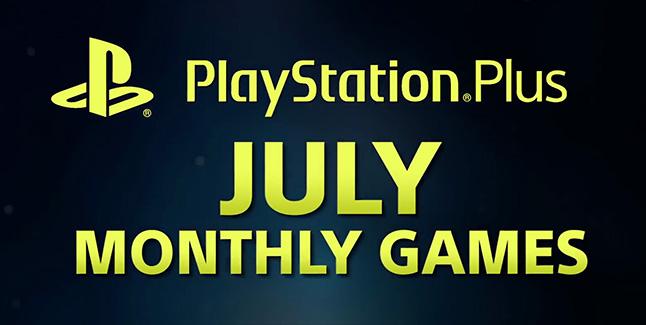 Sony Interactive Entertainment has announced the July 2018 lineup of free games for PlayStation Plus subscribers.

Check Out the PlayStation Plus “Free Games Lineup July 2018” Trailer:

PS Blog: Phew! Well, that was one heck of an E3. Not only did we get to show off a whole raft of awesome exclusives, we also kick-started our massive Summer of Plus campaign, which will be bringing exclusive benefits to PS Plus members all throughout the summer.

During our E3 Showcase we announced Call of Duty: Black Ops III would be joining PS Plus as a special bonus title, available to download until 11th July (you can grab it here) and we’ll have more exclusive discounts and extras in the weeks and months ahead. Stay tuned for all that and more, or head over to PlayStation.com for all the latest offers.

Just like always, we’ve also got our monthly line-up of games and wouldn’t you know it, it’s that time of the month again. The following are available for download from 3rd July:

What’s really special is how well it all meshes: playing either PVE or PVP you’ll set out into the lost empire of Adal as a humble prospect and build your own combat style as you progress, picking up weapons, meeting new combatants to hone your skills against or befriending fellow travellers to spar with, trade secrets and impart fighting wisdom.

If you’re looking for a unique online experience to play with or against friends and enjoy mastering deep gameplay mechanics, Absolver is the perfect thing for you.

Set in a rain-soaked recreation of Philadelphia, you’ll follow the trail of a mysterious serial murderer known as the ‘Origami Killer’, through the actions of four main characters, each connected somehow to the criminal.

You’ll be challenged to make tough decisions and search for clues that will help track down the killer and save a missing child.

A deep, atmospheric narrative-driven gameplay experience, Heavy Rain established the branching story-telling approach which has become Quantic Dream’s signature. Remastered now for PS4, the game looks and plays better than ever. If you love a slow-burning crime drama, or have only recently discovered the studio’s work, then you’re in for a treat.

We’re topping off those two titles with a pair of games each for PS3 and PS Vita leaving July’s final line-up looking like this:

Not only this, as mentioned above Call of Duty: Black Ops III, is also available from now until 11th July as part of the monthly games line-up, so grab it while you can.

July’s regular line-up will be available to download on PlayStation Store from 3rd July.