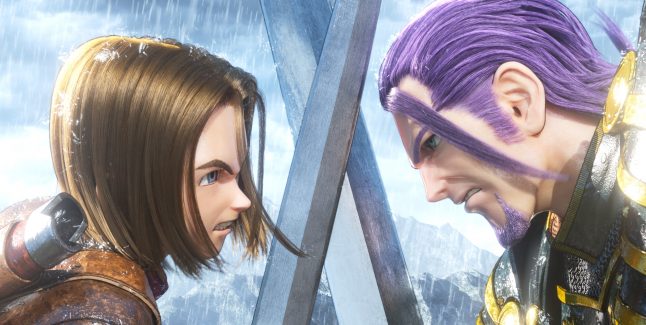 During the Square Enix E3 Showcase 2018, Square Enix announced details for special editions of Dragon Quest XI: Echoes of an Elusive Age, the latest title for one of the most revered role-playing game franchises of all time.

Watch the Dragon Quest XI ‘The Legend of the Luminary’ Trailer: 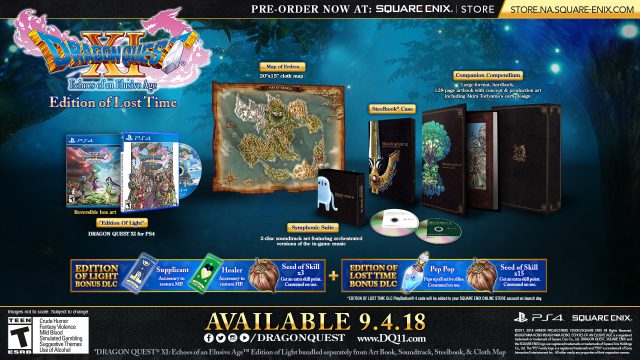 Available for pre-order in limited quantities exclusively from the Square Enix Online Store, the “Edition of Lost Time” contains a variety of treasures to complement the adventure, including:

• Bonus Digital Content – including Pep Pop, a drink that immediately peps up all active allies, and 15 more Seeds of Skill, which confer players extra skill points. 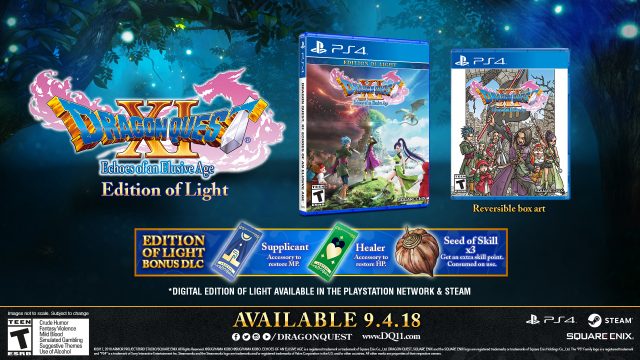 The physical Day One “Edition of Light” is available to pre-order now from retailers nationwide for the PlayStation 4 system, and comes with a reversible cover featuring artwork from Akira Toriyama. Additionally, players who pre-order from the online PlayStation Store can treat themselves to the exclusive “The Legend Reborn” Theme as an instant reward along with in-game DLC items when the game launches. Fans who pre-purchase from Steam will receive an exclusive PC Wallpaper Set and in-game DLC items. 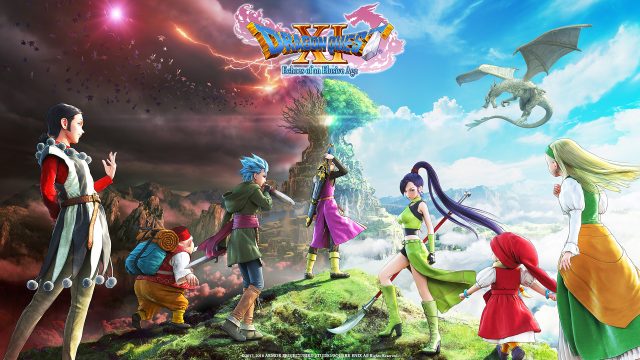 A brand-new story-focused trailer also sheds light on the main hero and the challenges he must overcome with the help of his loyal companions. The trailer ends with the reveal of new key art, created specifically for the Western release.

Dragon Quest XI: Echoes of an Elusive Age is the long-awaited role-playing game from series creator Yuji Horii, character designer Akira Toriyama, and series composer Koichi Sugiyama, releasing for the PlayStation 4 system and Steam on September 4. The game is a completely standalone experience that features entirely new characters, a beautifully detailed world, finely tuned strategic combat, and an immersive story that will appeal to longtime fans and franchise newcomers alike.