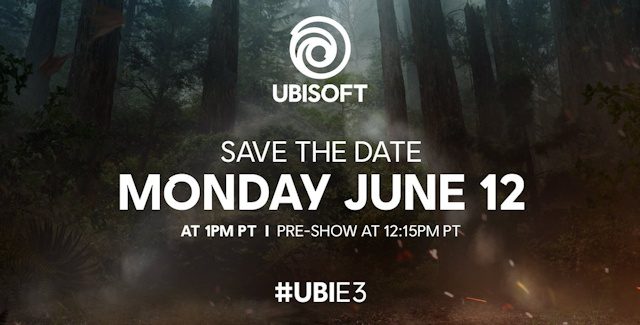 Exciting surprise reveals this year were: Assassin’s Creed Odyssey, Trials Rising, Just Dance 2019 (not that surprising), The Division 2, and The Crew 2.
As well as more about Beyond Good & Evil 2, Skull & Bones, Starlink: Battle for Atlas, and Transference (VR).

• Just Dance 2019 dancing introduction to the show, of course.

• Trials Rising gameplay reveal trailer shown. Back and bigger than ever. “Eat dirt. Taste victory.” Do the trialsgame.com registration to get into the closed beta later this year. — Coming February 2019 on PC, PS4, Xbox One & Switch.

• The Division 2 CGI reveal trailer shown. You are the last hope for the repressed civilians. Up to 8 players can partner up in raids. Years of free updates planned.

• Skull & Bones CGI trailer shown. Pirates go loot in the Indian ocean. Cataclysm, Weather or Conflict can be predicted to see what your day of looting be like. Your hideout den with ship setup and ocean battles shown in the first gameplay video. Sign up for the beta on skullandbonesgame.com. — Coming in 2019.

• Starlink: Battle for Atlas toys-to-life gameplay trailer shown. StarFox’s Fox joins the fight, Starfighter & Fox McCloud figurines shown (given to Miyamoto) and will be exclusive to the Switch version. — Coming to all platforms on October 16th, 2018.

• Assassin’s Creed Odyssey gameplay reveal trailer shown. As the leaks said, in Greece’s Roman era. Sparta VS. Athens war. You choose to play as a male or female character, how very innovative of Ubisoft after being told by fans for the past 10 years they wanted the option. — Coming October 5th, 2018.