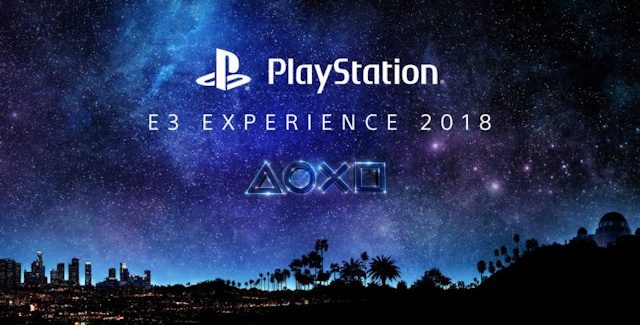 • The Last of Us: Part II opens the show with a musical number and then a CGI trailer showing Allie going from peaceful small-town life to fighting for her life as organized armed men try to kill her and anyone they can find in their forest territory. Tense stealth atmosphere. Very realistic fighting reactions. Gory kill animations. Allie gets a love interest in Deanna. Sounds like the forest armed people kidnapped her and Allie has to do what she can to go through all of them to save her.

• Call of Duty: Black Ops 4 gameplay trailer shown. Jungle, Summit, Slums, Firing Range Back-in-Black maps for Black Ops 3 if you pre-order Black Ops 4; these classic Black Ops 1 & 2 maps are also coming to Black Ops 4 at launch.
The reason they do this, is because Black Ops 3 will be free with Black Ops 3 with PlayStation Plus!

• Ghost of Tsushima gameplay trailer shown. Introduced with flute music. Footage from the Mongol Invasion – Day 9, the Otsuna Grasslands. The protagonist Jin rides his horse into a village under attack by the Mongols. After he fights them in samurai combat, he meets up with his friend Masako who can shoot arrows to support him. The alliance is short-lived as she wants revenge on the monk they saved from the Monguls. As they swordfight the Monguls approach and they stop fighting to battle their real enemy, the invaders.

• Death Stranding gameplay reveal trailer shown. The main character is a delivery man. “Give me your hand in life, death, flesh, spirit.” He can sense the alien creatures arriving. Actresses Lea Seydoux and Lindah Wagner introduced as the two female lead characters.

• Spider-Man PS4 gameplay trailer shown. Stops a Yuri Watanabe helicopter crash caused by Electro and a Raft prison break with Rhino & Scorpio and lots of other criminals Spider-Man put away in the past few years. Spectacular Electro chase scene, Vulture swoops by as well. And Mr. Negative returns in this trailer again. Trailer ends with a Sinister 6 battle and Spider-Man finds out who set him up (Dr. Octopus?), but we’ll have to wait to find out.

• Deracine gameplay trailer shown during the after-show. A From Software-developed PS4 VR title where you can be a fairy? Artistic game?