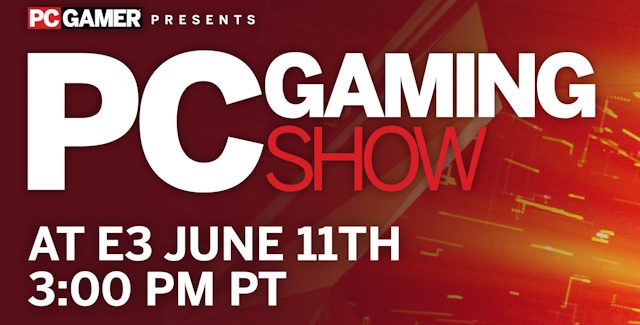 • Satisfactory gameplay reveal trailer shown. By Coffee Stain Studios of Goat Simulator fame, however this is a more serious base-building / automated factory-building survival game. Think big like SimCity, but with a first-person perspective. Sign up for the beta at satisfactorygame.com.

• Mavericks: Proving Grounds gameplay reveal trailer shown. Up to 1,000 concurrent players battle it out to be the winner in this Battle Royale game. Sign up for the closed beta (100,000 spots) at: mavericks.gg/closed-beta/

• The Sinking City gameplay trailer shown by Frogwares, the creators of the Sherlock Holmes detective games. Similarly, this is an investigations game where you also fight strange monsters as you try to understand the supernatural on-goings in a town. If you get scared you lose your sanity and start seeing things! Looks interesting. — No release date confirmed.

• Road Redemption gameplay trailer shown. Will be published by Tripwire.

• Maneater gameplay reveal trailer shown by Tripwire, is a Killswitch game made by Blindside, a modder from the original The Killing Floor. You ARE the shark, in an open-world action-RPG, a Shark-PG if you will. You eat your way through a single player campaign. Looks fun! maneatergame.com; Frankie really killed it with that “I can’t believe they named a game after my favorite weekend activity” comment. — Coming soon.

• Stormland VR gameplay trailer shown by Insomniac Games. You play as a sentient robot that looks like Johnny Five from the Short Circuit movies! Except in this VR game you throw grenades and shoot automatic rifles. You can fly and glide as well. Will be available on Oculus Rift for PC (not on HTC Vive or PS4 VR?). oculus.com/stormland

• Twopoint Hospital gameplay trailer shown. You run a hospital. Curing patient, train doctors & nurses to be better. Do research for better cures to common deceases like Turtle Head and Monobrow infestation. Looks like a fun sim game! twopointhospital.com — Coming out later in 2018.

• Hitman 2 new gameplay trailer shown by Ubisoft. Agent 47 visits Miami. “Make the world your weapon.” The Sniper Briefcase is back. Pre-order to get the Sniper Assassin mode. — Coming to PC, PS4 & Xbox One on November 13th, 2018.