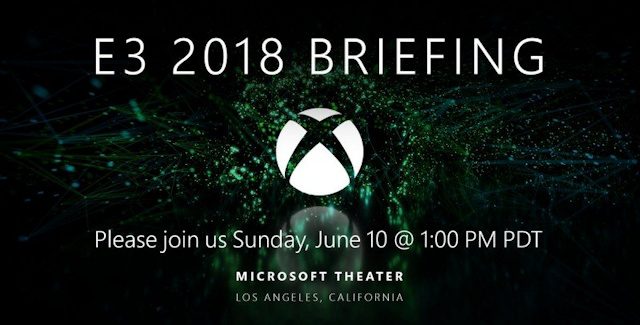 Xbox One exclusive reveals this year were: Halo Infinite, Gears of War 5, Devil May Cry 5, Jump Force, Forza Horizon 4, Just Cause 4, Sekiro: Shadows Die Twice, Ori and the Will of the Wisps, Battletoads, and Session.
We also got to see more of Bethesda’s Fallout 76, EA’s Battlefield V, Rare’s Sea of Thieves DLC, SE’s Kingdom Hearts 3, Ubisoft’s The Division 2, Metro Exodus, Dying Light 2, Cyberpunk 2077, and other games listed below.

• Ori and the Will of the Wisps gameplay trailer shown. — Ori sequel coming 2019.

• Tom Clancy’s The Division 2 gameplay trailers shown. America is on the brink of collapse. Survival urban warfare in a civil war.

• Devil May Cry 5 gameplay trailer shown with the return of Nero and his new robotic arm and of course Dante. Capcom finally releasing a sequel to Devil May Cry 4 after 10 years! — Coming Spring 2019.

• Tunic gameplay trailer shown. Isometric action-RPG like Zelda, but you play as a tiny cute fox. Made by a single developer. No release date?

• Gears of War 5 reveal teaser shown. They made Kate cry. Microsoft just wanted to confirmed they are working on a true shooter sequel too. — Coming to Xbox One and Windows 10 PC in 2019 (probably in the Fall).

• Console-quality games streaming on any device thanks to the cloud and Microsoft AI? Play their games anywhere, from Xbox One to PC to your phone. Also promised is a future new console (Xbox 4 in a few years?).

50 games shown in total, including 18 exclusives.