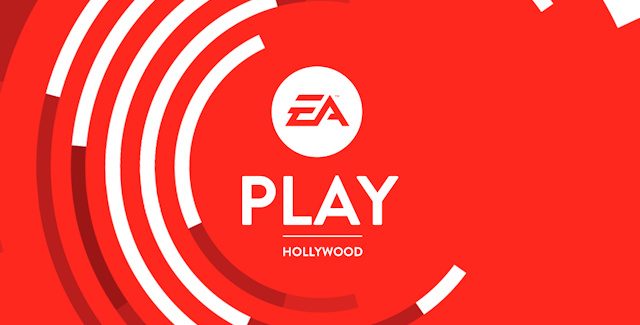 • FIFA 19 announce trailer shown. “Champions Rise” tagline. EA says they have an epic vision for the game. Has the biggest heroes like Ronaldo clash. UEFA Champions League coming across the game to get the trophy in its career mode. FIFA World Cup Russia 2018 free update adds its roster. — Release date is September 28, 2018.
Also announced was the entire game of FIFA 18 available in a free trial (temporarily available for E3).

• Origin Access Premier announced to include all 110+ Origin Access vault games plus new titles like FIFA 19, Battlefield V, Anthem. Launches this Summer. Normal Origin Access free trial* to try out this weekend.
*Free trial starts June 9, 2018 and ends June 17, 2018. One Free Trial per EA Account. After the trial, the current Origin Access monthly or annual membership fee will be billed, cancel during the trial period without charge.

• Star Wars: Jedi Fallen Order announced by Vince Zampella from Respawn in partnership with Lucasart. Takes place during the dark times when the Jedi are being hunted, between Episode 3 & 4. Release date is Holiday 2019.

• Unravel 2 announcement trailer shown. Yarn symbolizes love in this game, the applause almost makes the creator cry. You can play the sequel alone or with a friend in co-op! It’s friendlier yet more challenging. Co-op gameplay demonstration, where a turkey chases them to amp up the excitement. Launches today!

• New game from A Way Out Creator coming from an expanding Hazelight Studios indie dev, after A Way Out sold 1 million copies and had 2 million players in the co-op-only title.

• Sea of Solitude announced as the third new indie game published by EA Originals. When humans turn lonely, they turn into monsters? Theme is about what loneliness does to different people. Gameplay trailer shown. Coming Early 2019.

• Madden NFL 19 gameplay trailer. No idea why they gave us minutes of cringy dialog between a football & esports player.

• Command & Conquer: Rivals gameplay demonstration of the new mobile game. Pre-alpha footage shown of a GDI vs. NOD match. Not RTS, but slower, more a mix of turn-based and real-time strategy. Focus on battlefield head-to-head armies, if 2 rockets are launched at the enemy base you win. Frankly I wanted a pure RTS C&C 5. — Pre-alpha available for Android (not iOS) players in the USA & Canada right now! Android and iOS players can pre-register at www.cncrivals.com, and Android users can also pre-register directly on the Google Play store by searching for Command & Conquer: Rivals.

• Anthem trailer with in-engine footage shown. Followed by an interview with the game’s BioWare developers. Gameplay shown as they talk. They are designing the world to easily add more stories in the years to come. The game’s premise is a world left behind by the Gods, who left us with the Anthem Force of Creation. You play as a freelancer who can pilot Javelin exo-suits (there are 4 different types of suits), as the world’s Anthem force will kill you otherwise. No loot boxes, you don’t spend money on gameplay advantages. — Release date is February 22, 2019 on PS4, Xbox One & PC.

• Missing from the show were: The Visceral-developed story-driven Star Wars title, The Sims 5 (instead we’ll get a new expansion pack for The Sims 4), NHL 19, Rory McIlroy PGA Tour 19, etc.