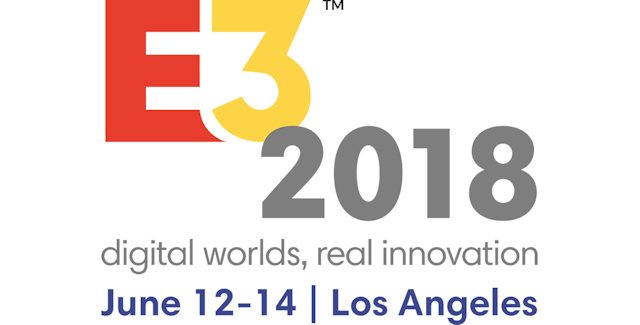 Note: Not sure what time the Microsoft, Sony or Nintendo E3 2018 events start in your timezone? Check out Timezoneconverter.com. For reference, E3 2018 takes place in America’s Los Angeles Convention Center in California. Their 9AM PST starting time = Your 12PM EST, 5PM BST, 5PM GMT, or 6PM CET.

Good ‘ol MD gives us some predictions of what EA will show at E3 2018.

Before the conference there’s usually half an hour to an hour of pre-show. Adam Sessler’s not hosting this year, so it’s unclear if that’s still happening this year.

Here is what MD is expecting to see from Bethesda at E3 2018.

Before the conference there will be 45 minutes of pre-show.

GS gives us a prediction for Ubisoft’s expectations at E3 2018.

Prior to the conference, Sony’s stream will start 1 hour early to show gameplay previews!

IGN takes us for a ride on what to be hyped for at Sony’s E3 2018 Press Conference.

Nintendo will not be doing a live/in-person press conference, instead they will be streaming their “Nintendo Digital Event”, as they have done for the last several years. However that 30-to-45-minutes-short conference gets followed by 3 hours of live footage from the E3 Show Floor by the Nintendo Treehouse anchors just like last year!

What does IGN think Nintendo has in the cards for E3 2018? Find out in this video!

Tip: Since the early 2000’s I’ve always preferred GameSpot’s E3 2018 website for the 3 main days of E3, because it shows a big countdown timer to all event livestreams.

That way you don’t need to know timezones and can just see how many hours or minutes are left until each event starts! SUPER HANDY! 🙂

Which E3 conferences are you most excited about?