PlayStation Plus Games for June 2018 Announced 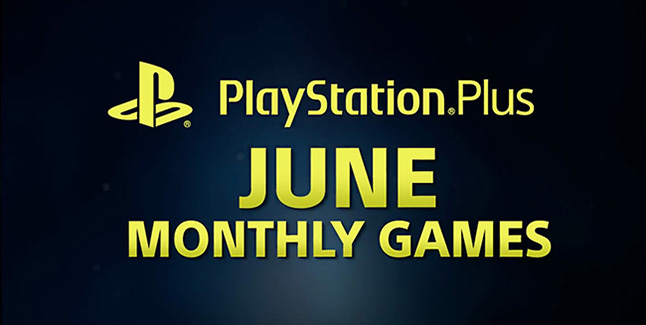 Sony Interactive Entertainment has announced the June 2018 lineup of free games for PlayStation Plus subscribers.

Check Out the PlayStation Plus “Free Games Lineup June 2018” Trailer:

PS Blog: Well, here we are folks! Summer is just around the corner: the season of long, lazy evenings, outdoor eating and sun-soaked family holidays. We hope you’ve made some nice plans for the months ahead but, while you’re gallivanting around enjoying the weather, don’t forget your old pal PlayStation.

When it rains (and it probably will) or the sun goes down (a safe bet), you’ll need a friend with a little ‘indoor’ charm to keep the spirits high. The good news is that we’ll be here all summer long dishing out great new games every month on PlayStation Plus, so come rain or shine, you can count on us!

And, wouldn’t you know it? It’s that time again – time to see what’s in store for PS Plus members come 5th June:

Let’s start with the bad news: your beloved Earth has been overrun by a technologically-advanced, militaristic alien race with a soft spot for human annihilation and the only official human resistance (XCOM) has either surrendered, been killed in action or disappeared into hiding.

Not off to a good start, then… but that’s where you come in: rebuild the XCOM council from humanity’s scattered resistance and begin a campaign to overthrow the colonising alien forces. Develop your underground bunker into a fully-fledged base of operations from which to launch turn-based tactical operations to retake key locations, collect resources from the field, win humanity’s trust and finally send those extra-terrestrial invaders packing.

A smart blend of real-time strategy, RPG mechanics and resource management, XCOM 2 is the perfect game to sink a serious play session into.

They don’t make them like this anymore – but they absolutely should. The latest in the long-running Trials franchise, Fusion follows the classic formula, placing you behind the bars of a trials motorcycle and inviting you to undertake a death-defying series of flips, jumps and aerial stunts, all in pursuit of big thrills and high scores.

It’s not just about hitting the throttle and hoping the best though – modelled on meticulous real-world physics, the true challenge of Trails Fusion is in carefully judging your jumps, properly distributing your weight and keep a keen eye on the track ahead.

Go it alone, boot up online multiplayer and challenge your friends or even create your own tracks using the in-built track editor and see what chaotic trials runs you can come up with.

Naturally! Alongside these two beauties there’re four further titles: two for PS Vita and two more for PS3. Put that all together and June’s line-up looks like this:

All these will be available to download from PlayStation Store on the 5th June.