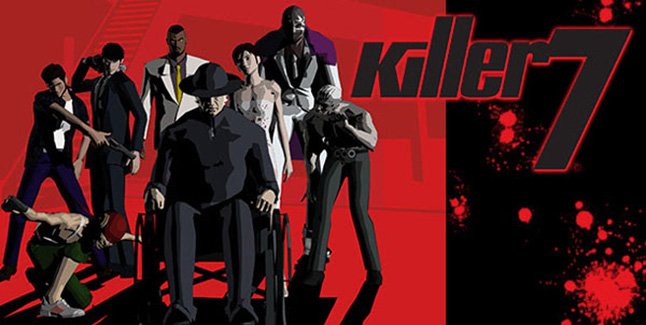 Killer7, which first launched for PlayStation 2 and GameCube in June 2005, is coming to PC via Steam this fall, NIS America and Grasshopper Manufacture announced at MomoCon 2018.

Check Out the Killer7 for Steam Announcement Trailer:

From the minds of iconoclast writer/director Suda51 and legendary directors Hiroyuki Kobayashi and Shinji Mikami, Killer7 returns for the first time in over 13 years! Dive into a dark world of underground assassins in a tale of revenge as Harman Smith, a man who manifests 7 deadly personalities into the real world, known as the Killer7. Take control of this distinct murderers’ row as he hunts down the sinister Kun Lan, to stop his plan of world dominance, and end his organization of deadly suicide bombers known as “Heaven Smile.”

• Multiple Personalities – Take control of Harman’s seven distinct personalities, each with their own appearance, personality, weapon of choice and special ability.

• A Sinister Foe – Face off against the “Heaven Smile” organization in a unique combination of third and first-person shooting mechanics.

• A Killer Style – A timeless visual style that wowed audiences from its first reveal, perfectly ported to modern machines.