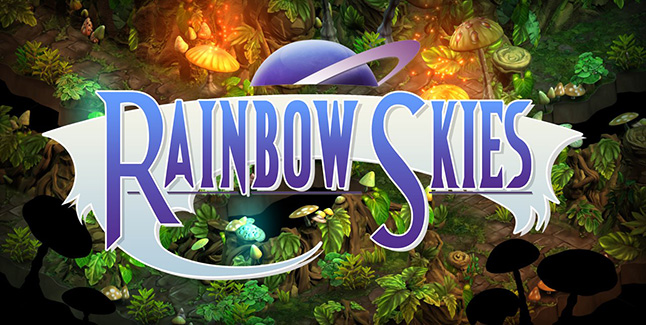 Independent developer and publisher Eastasiasoft has announced that Rainbow Skies, the fantasy Tactical RPG is coming to the PlayStation Store for PlayStation 4, PlayStation 3 and PlayStation Vita on June 26th in North America and June 27th in Europe.

In Rainbow Skies players will enter a colorful and whimsical world, filled to the brim with friends, foes, dungeons, tactical turn-based battles, towns, shops, and everything else your role-playing heart desires.

“After five years in development, we are pleased to announce that Rainbow Skies, the successor to Rainbow Moon, will launch on the PlayStation Store this June,” said Marcus Pukropski, CEO of SideQuest Studios. “Featuring a humorous new story with interwoven narratives, monster taming, a revamped battle system allowing greater tactical depth, treasure hunts, new mini-games and an improved sidequest system, Rainbow Skies offers even the most seasoned of RPG players countless hours of fun.”

The story of Rainbow Skies begins on the morning of Damion’s final examination as a monster tamer, an important profession in his home town, which is constantly threatened by monster attacks. However, after a terrible hangover, Damion completely messes things up and not only fails the examination, but also destroys the entire monster compound. When he tries to cover up his mishap with his examiner Layne, things turn from bad to worse and through a number of unforeseen circumstances, they find themselves between the fronts of two rival superpowers… 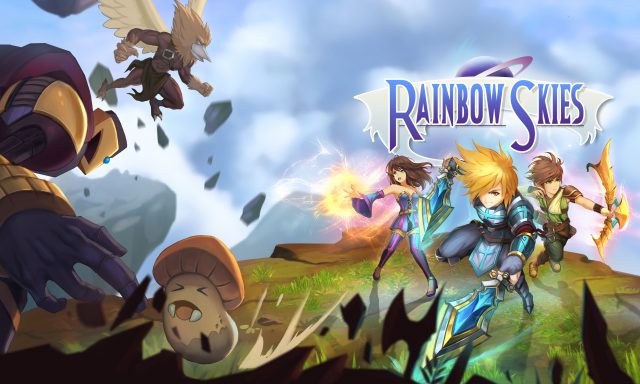 • Follow the story of three young heroes and discover the true value of their friendship in this unforgettable adventure, inspired by fan-favourite classic Tactical RPGs.

• Explore a colorful and vibrant world, filled with friends and foes.

• Revamped turn-based battles with practically limitless tactical depth. Plan your assault with hundreds of skills, items and options, plus all new combo attacks.

• Breed and level up a large variety of monsters, then bring them into battle with you!

• Enjoy a huge variety of side quests and optional content.

• Dig up hidden treasures and find other valuable collectibles.

• Play a variety of mini games, including a turn-based fishing game.

Rainbow Skies launches on June 26th for PlayStation 4, PlayStation 3 and PlayStation Vita for $29.99, €26.99, £22.49. Physical editions of Rainbow Skies, are available exclusively through retail partner Play-Asia.com and will begin shipping on launch.