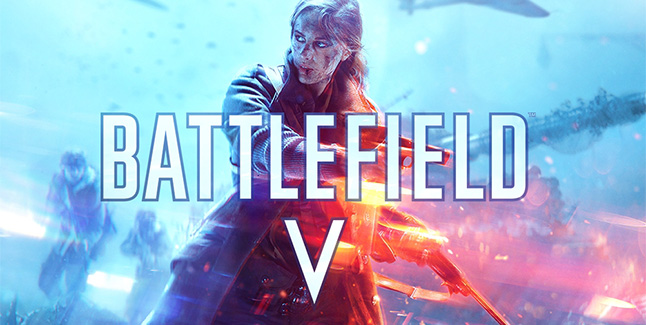 Featuring a fresh portrayal of one of mankind’s biggest conflicts, Battlefield V allows players to feel the unmatched intensity of all-out war and travel to unexpected but crucial moments of World War 2 through new and signature multiplayer modes, single-player War Stories and the cooperative Combined Arms. In Battlefield V, embark on a continuing, grand journey post-launch in the brand new Tides of War, created to make sure the battlefield is constantly evolving with new events, challenges, battles, and rewards that are always within reach – for all Battlefield V owners.

Battlefield V multiplayer will deliver the most immersive gameplay of the franchise in a sandbox environment that portrays the battles of World War 2, allowing players to feel the force of the fight and truly shape the war as the war shapes them. Players’ soldiers can now tow stationary weapons, build fortifications and repair war-torn structures to turn the battlefield to the player’s advantage. Whether dragging a squad mate to safety or shooting a grenade out of the sky, players will forge a deeper connection to the ever-evolving world around them and achieve victory against the toughest odds. With the freedom to adapt and evolve the battlefield in new and unseen ways, the battlefield will never be the same.

“Battlefield V is a homecoming for DICE as a studio—a return to the era that came to define the Battlefield franchise. But as nostalgic as we are about World War 2, we wanted to challenge the preconception of the era with an unexpected portrayal of this familiar setting. Our vision with Battlefield V is to let players explore new and untold sides of the conflict that shaped the modern world,” said Oskar Gabrielson, General Manager, DICE. “The scale of each battle and level of immersion is unlike anything we’ve done before in Battlefield and players are in for an epic journey.”

Here’s Battlefield V gallery. Click on any of these image thumbnails to see the full-size screens: 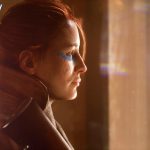 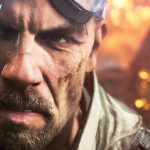 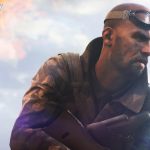 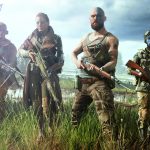 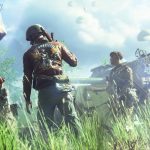 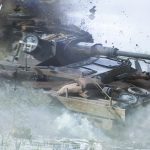 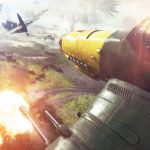 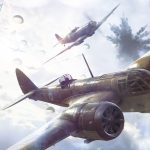 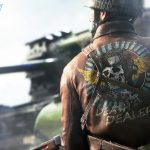 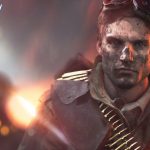 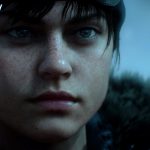 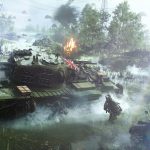 In new and classic multiplayer modes, players can lead their own unique Company to victory in a dynamic multiplayer experience where every battle is unique. The Company allows players to create and deeply customize their soldiers, weapons and vehicles that will evolve as they progress, covering everything from the way they look to the way they play. Fan favorite modes like the 64-player Conquest return, with the game’s multiplayer culminating in Grand Operations, an all-new live, event-based experience within Tides of War. These multimap, multi-mode dynamic events take players through vast historical battles to relive moments of bravery and desperation while fighting to the final objective.

The acclaimed single-player campaign mode from Battlefield 1, War Stories, returns for Battlefield V. Witness the conflict through the eyes of men and women of World War 2 and experience untold stories of human drama, filled with Battlefield moments. Experience the freezing Norwegian landscapes as a young Norwegian resistance fighter or come ashore into the desert heat of North Africa – and more.

Tides of War is DICE’s new approach to live services, where players will set out on an epic journey with their Company in unexpected battles throughout World War 2. There will be no premium pass, all players will have access to the same maps and modes, keeping the community unified as they progress through Battlefield V. In Tides of War, their journey through World War 2 will grow through themed experiences that will include events and all-new ways to play like Grand Operations, while also unlocking the latest themed rewards such as weapons and vehicles to further shape their Company. 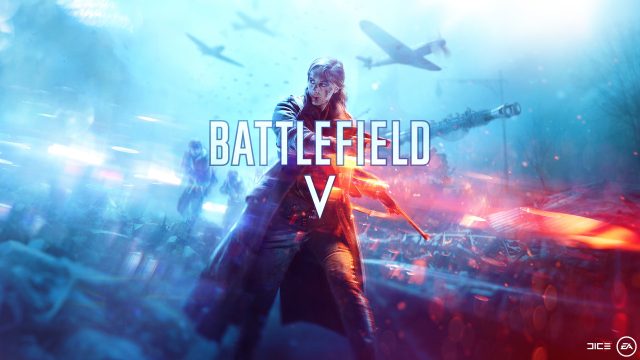 Get the first look at Battlefield V and World War 2 as never seen before at battlefield.com. Tune in to the EA PLAY Press Conference on June 9th when we debut Grand Operations to the world.

Battlefield V will be available worldwide October 19th on Xbox One, PlayStation®4 and Origin for PC. Those that order the Battlefield V Deluxe Edition will get access three days early on October 16, while EA Access and Origin Access members† will be able to jump into the Play First Trial on October 11. Players that pre-order any edition of the game with the Battlefield V Enlister Offer will get early access to the Open Beta and other in-game benefits including soldier customization options, access to Special Assignments starting at launch week and immediate access to five weapons to use in Battlefield 1. Xbox is the console marketing partner for Battlefield V and NVIDIA is the PC marketing partner.