Bloodstained: Curse of the Moon Walkthrough 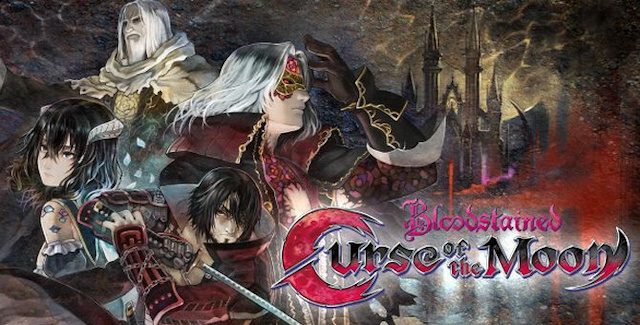 Our Bloodstained: Curse of the Moon walkthrough will guide you through the beginning to ending moments of gameplay with strategy tips for this 2D action-platformer game on the PC, PS4, Switch, 3DS, Xbox One & PS Vita. Created by former Castlevania series producer Koji “IGA” Igarashi himself.

Let’s start the Bloodstained: Curse of the Moon walkthrough with an introduction video!

Please note that viewers must be at least 10 to watch, so no harm comes to those with innocent eyes. This game includes Fantasy Violence, Mild Blood.

Index of Bloodstained: Curse of the Moon Guides:

Bloodstained: Curse of the Moon Walkthrough

Battle with swords and whips in this retro-style action game brought to you by game creator Koji Igarashi and Inti Creates!

Play as Zangetsu, a demon slayer bearing a deep grudge, who must travel through perilous lands to defeat a powerful demon lurking in a dark castle. Zangetsu will meet fellow travelers along the way, who can join your journey as playable characters.

Switching to these characters with their unique abilities will unlock new paths through the treacherous stages. Your choices in recruiting these adventurers will change the difficulty of the game, and may even affect the ending!

*Bloodstained: Curse of the Moon is the 8-bit style game promised as a stretch goal of the 2015 Kickstarter campaign for “Bloodstained: Ritual of the Night.”

Welcome to the Bloodstained: Curse of the Moon walkthrough!

Taiyou will be your voice-over commentator showing you around the game’s stages on Normal Mode.

Get ready for some retro Castlevania goodness! 😀

Play the game on Normal Mode and recruit everyone. Beat the last boss. Unlocks Nightmare.

This mode picks up where Normal mode left off. Start a new game, select Nightmare mode and defeat the new final boss.

This ending has a pretty cool post credits scene. Be sure not to accidentally miss it.

3.) Play the game on Normal Mode without recruiting allies.

You know how the game prompts you to press UP to recruit a new ally? Do NOT do this. Instead, ignore it and walk past them instead (do NOT attack / kill them either). Beat the game with no allies to see a unique ending.

Also interesting to note is that this ending says “FIN” instead of “The End…?” This may be the supposed canon ending.

4.) Play the game on Normal Mode and kill all allies.

You can also attack allies instead of recruiting them. Beating the game like this will give you the ultimate “bad end,” with the game basically telling you the world is screwed. Unlocks Ultimate Mode & then Boss Rush Mode as well.

Azis will be your guide through Boss Rush Mode with No Damage.

Thanks to Inti Creates, Taiyou, Aziz, ez_eight & HHHBK87 for the walkthrough videos.

Tags: Bloodstained: Curse of the Moon