Bloodstained: Curse of the Moon Cheats 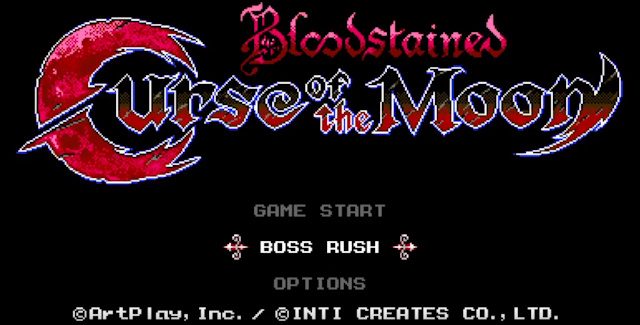 Here we will show you how to unlock all Bloodstained: Curse of the Moon codes with a cheats list that’s valid for the PC, PS4, Switch, 3DS, Xbox One & PS Vita versions (where available).

Index of Bloodstained: Curse of the Moon Guides:

Bloodstained: Curse of the Moon Cheats

How To Unlock Nightmare Difficulty Mode: Complete the game on Normal Mode.

Nightmare Mode continues the story and from the start gives you access to all the characters, except for Zangetsu.

How To Unlock Ultimate Difficulty Mode: Complete the game on Normal Mode, but kill all of your companions instead of recruiting them.

Ultimate Mode continues the story with Zangetsu’s abilities — including a powerful new charge slash that you get by holding the button down — and the opportunity to recruit your companions. On top of this the bosses are their Nightmare equivalents.
Note that to sacrifice a companion, you’ll need to simply attack each companion, instead of pressing up near them which would recruit them. Alternatively, you can also just walk past them.

How To Unlock Boss Rush Mode: Unlock Nightmare and Ultimate Modes, as described above.

Boss Rush Mode lets you control all four party members and a selection of their subweapons as you take on the game’s bosses one after the other.

Do you know of any Bloodstained: Curse of the Moon cheats or unlockables?
Let us know in the comments, you’ll get credit for finding out. – Thanks for visiting!

Tags: Bloodstained: Curse of the Moon