The next big update for Dragon Ball FighterZ will launch on May 9 and add two new features, “FighterZ Cup” and “Party Battle,” alongside many gameplay improvements, publisher Bandai Namco announced. 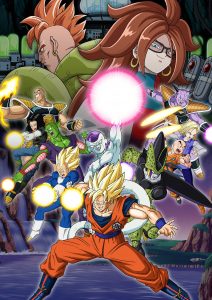 Here is the full list of changes, via Bandai Namco:

More information will be revealed soon for the events linked to these new features:

• FighterZ Cup: a monthly competition where players can fight and collect points for their respective Z-Union

• Replay Channel: To enable implementation of the below gameplay adjustments (see “GAMEPLAY” section), recorded data from Replay Channel will be erased

• Combo Challenge: Fixed an issue where there was a gap between when the timer starts counting and the game starts allowing some inputs when performing position reset in a combo challenge

Android 16
• Now players will be able to recover from the ground when hit by Android 16’s Dynamite Driver
• Removed the invincibility to ranged attacks from Android 16’s Standing Heavy, Jumping Heavy and Crouching Heavy