PlayStation Plus Games for May 2018 Announced 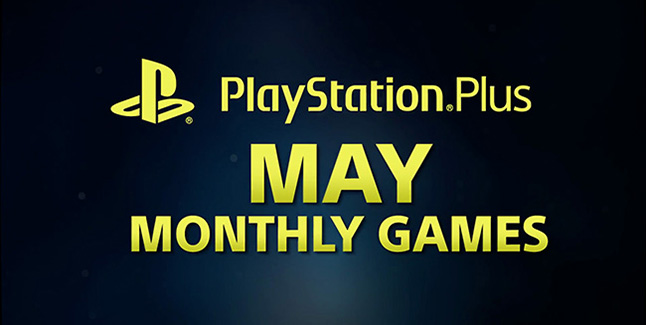 Sony Interactive Entertainment has announced the May 2018 lineup of free games for PlayStation Plus subscribers.

Watch the PlayStation Plus “Free Games Lineup May 2018” Trailer:

PS Blog: So, April’s been quiet, huh? No big games happening anywhere on PlayStation at all. Of course, I’m kidding! If you haven’t had a chance to dive into Sony Santa Monica’s critically-acclaimed God of War then let us assure you, you’ve got something spectacular to look forward to.

And that’s all we’re going to say – there are no spoilers here on PlayStation Blog. Besides, we came here to do a job and that job, like always, is to unveil next month’s PlayStation Plus titles. April was a bit motor-mad and dystopian, so for May we’ve got something a little different lined-up:

With Detroit: Become Human set to launch in less than a month, what better time to catch up with the work of veteran French studio Quantic Dream?

Not only a technical showcase in its own right, Beyond: Two Souls not only raised the bar for true-to-life visuals in the last generation but also broadened the scope for interactive narrative in gaming.

One of the high watermarks for the 2D platforming genre, few games demonstrate a greater level of polish or more distinctive artistic direction that Rayman Legends.

Ubisoft Montpellier’s Rayman Legends combines everything the studio has learnt during two decades of development, bringing together a vast cast of playable characters, dozens of varied stages, incredible hand-drawn 2D visuals and a range of multiplayer options.

If you love varied platforming challenges, hunting for secrets or bouncing along to a mariachi-styled reimagining of Survivor’s Eye of the Tiger (think Guitar Hero meets high-speed platforming), then this might just be the very thing for you.

As usual, we’ve two additional titles for both PS3 and PS Vita. The final line-up looks like this:

All these titles will be available to download for PS Plus members on Tuesday 1st May.