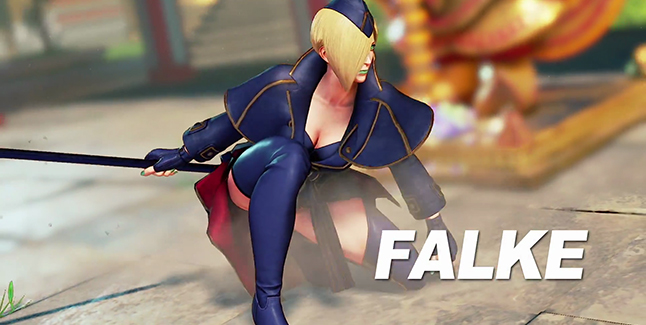 Here is an overview of Falke, via Capcom:

Falke was built to be an alternative clone for M. Bison. She was heavily experimented on by Shadaloo and was forced to train day in, day out to achieve perfection. Falke has the unique ability to infuse Psycho Power into objects and release it through them, mainly through her staff, which she named Harmony. Years of harsh training went by, causing Falke to spiral deep into despair, wishing for it all to end. Finally, Ed came to her rescue and they both were able to escape Shadaloo. Now, the two have a sibling-like bond and are searching for others like them in need of help.

Falke utilizes her staff in battle to keep opponents at range, but it also serves as her conduit for Psycho Power. By holding down any punch button, Falke can charge up and store Psycho Power until the button is released in one of three different ways:

• Standing (Psycho Kugel) – Falke releases the Psycho Power through her staff like a shotgun.

• Air (Psycho Feder) – Falke shoots a projectile at a diagonal angle downwards from the air.

• Crouching (Psycho Kanonen) – Falke lays on the ground and shoots a projectile at the opponent’s feet. She can avoid projectiles while using Psycho Kanonen.

Like Ed, some of Falke’s special moves only require either two punch or two kick buttons – no special inputs required. Pressing two punches will result in Psycho Schneide, which is her version of an uppercut. Pressing two kicks is Katapult, which sees Falke pole vaulting towards the opponent in a kick motion.

Here’s Street Fighter V’s Falke image gallery. Click on any of these image thumbnails to see the full-size screens: 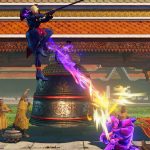 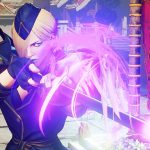 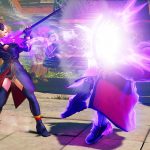 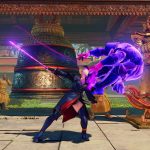 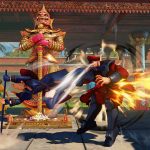 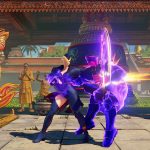 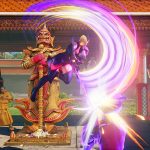 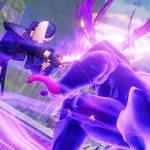 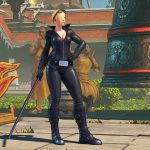 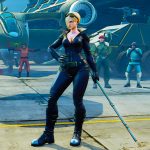 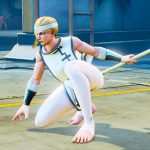 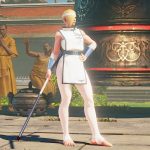 Falke extends one arm and spins her staff in front of her. Psycho Trombe on its own can be cancelled into by a variety of normal moves and can also be used to absorb projectiles.

In this two-block V-Trigger, Falke powers up her ability to infuse and release Psycho Power from her staff and will allow her to use additional versions of her special moves without needing to charge up in advance.

Pressing HP+HK again during this V-Trigger will cause Falke to use Psycho Shrot, a powered up version of Psycho Kugel that emits three bullets and travels further. Pressing down and HP+HK will see Falke using Psycho Panzer, a powered up version of Psycho Kanonen that deals more damage. Finally, pressing HP+HK in the air will cause Falke to use Psycho Jaeger, a stronger Psycho Feder that can ricochet off the ground. Psycho Shrot and Kanonen can be cancelled into each other and can leave the opponent prone to a Critical Art.

In this three-block V-Trigger, Falke increases her ability to utilize her staff in various ways. Upon activation, Falke will immediately twirl around hitting the opponent into the air, which she then follows up with a surge of Psycho Power.

Pressing HP+HK during this V-Trigger will result in Falke using Psycho Sturm, a sweeping hit with her staff that can be cancelled into to extend combos. Pressing down and HP+HK will see Falke using Psycho Klinge, where she jumps diagonally into the air before slamming her staff down on the opponent and can be followed up with normal moves. Falke’s V-Skill, Psycho Trombe, can also reflect projectiles during Psycho Angriff.

Finally, each of the new moves Falke gains during Psycho Angriff can be cancelled into from special moves like Psycho Schneide and Katapult, increasing her combo potential and damage.

With a Psycho Power-charged staff, Falke launches opponents into the air. She then pole vaults up to meet her opponent, whacks them sideways with her staff, then slams them down with a final overhead swing. 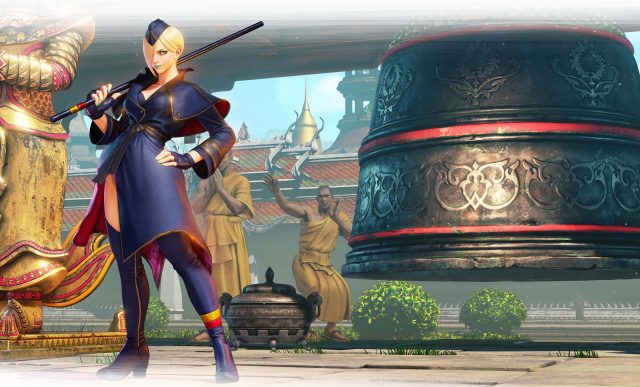