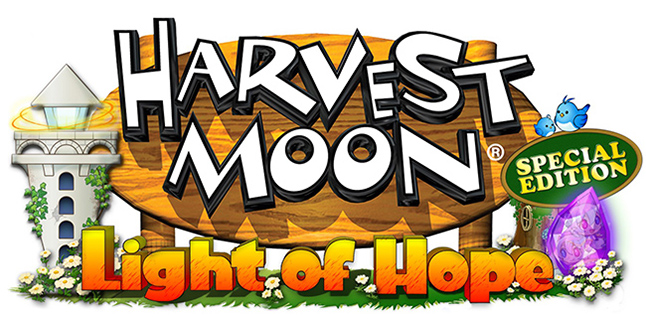 Natsume and Rising Star Games revealed the special features that make up Harvest Moon: Light of Hope Special Edition on Nintendo Switch and PlayStation 4. New to the console versions is Soleil, a new character, as well as the a new game feature of Co-op Play, upcoming DLC, and a Season Pass, all adding to an even more unique Harvest Moon experience.

Harvest Moon: Light of Hope Special Edition players will meet Soleil, a Gem Sprite whose origin is shrouded in mystery. Being a Gem Sprite, Soleil is unfamiliar with the world outside of the dark caverns. It will be up to players to introduce Soleil to the wonders of the outside world. 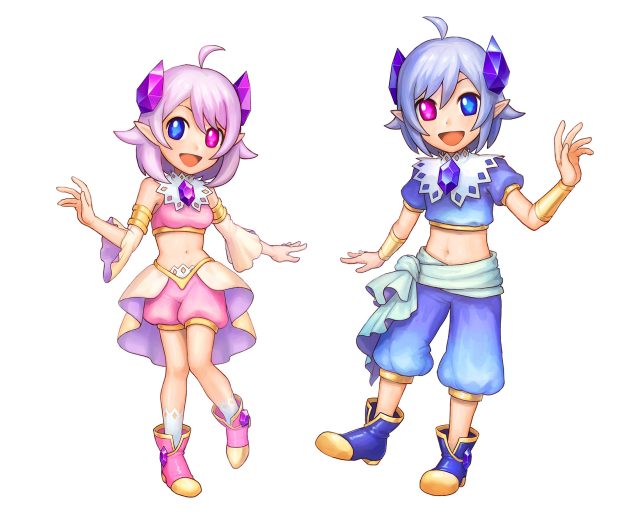 Soleil will also guide players through the new Co-Op Play. Grab a friend, and they’ll be able to control Soleil and help out on your farm using Soleil’s Gem Sprite magic. Soleil will be able to grow crops, tend livestock, and gather materials. Farmwork has never been so easy.

What’s more, Soleil is also a marriageable candidate. When Soleil develops feelings for the main character, they will take on a human form.

A Season Pass will also be available to players who want access to all four planned DLC the game will feature. All four DLC are designed to enhance and offer more of a unique Harvest Moon gameplay experience.

In Harvest Moon: Light of Hope, players begin the game as they set out looking for a fresh start and new surroundings. During their voyage, their ship is hit by a storm and goes down. As they drift into a small harbor town, now in a shambles from the storm, it will be up to the player to help rebuild the town and save the lighthouse…but it won’t be easy. Nevertheless, with some hard work growing crops, tending livestock, and gathering materials for repairs, players will be able to make new friends, start a family, revive the lighthouse, and save the town. 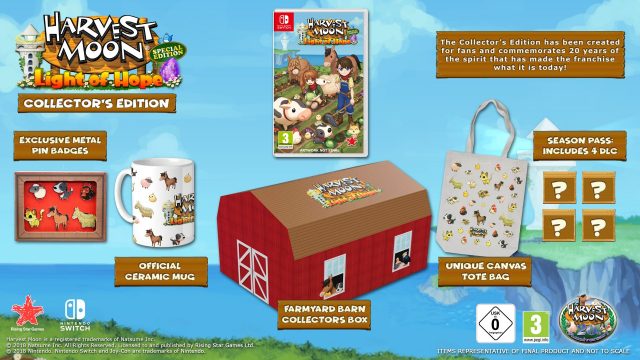 For players in Europe and beyond, Harvest Moon: Light of Hope Special Edition is available for preorder at selected retailers. In addition, a limited run of a deluxe release, Harvest Moon: Light of Hope Collector’s Edition is also available for pre-order. The Collector’s Edition contains all of the exciting content of the Special Edition, and also includes the full Season Pass, a hot drinks mug, a tote bag and a selection of pin badges, all lavishly presented in a barn-shaped presentation case and will be available with for the Nintendo Switch version and PlayStation 4 version.

Harvest Moon: Light of Hope Special Edition is slated to launch this May for $39.99.