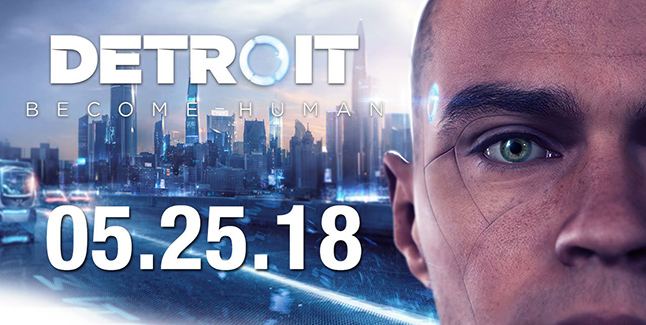 Here is an overview of the game, via the PlayStation Blog:

“In a dystopian vision of our near future, Detroit is the story of three androids, three machines designed to obey, who start to feel emotions. Confronted with persecution and the violence of society, they will all have to decide who they want to be.

Connor is a prototype designed to help human investigators on cases involving androids; Kara becomes a fugitive by empathizing with a little girl, united in their dream of freedom; Markus will become the leader of the android revolution.
The player will control all three in turn, taking control of their destinies, and telling not only their individual stories, but also the story of their people and of their world.

Detroit is by far the most ambitious title ever created by Quantic Dream; with this game, we wanted to push our limits by creating the most bending game we have ever made. Your actions have real and spectacular consequences: there are entire scenes that you can see or miss based on your actions, your closest allies may help you until the end or die just after you meet them, your destiny itself can be totally different depending on your choices. You must also be very careful with your three main characters, because any of them may die at any time. 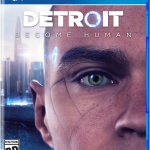 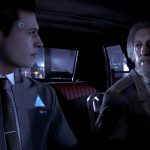 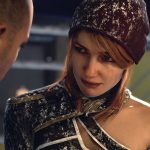 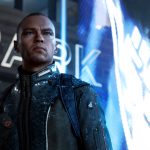 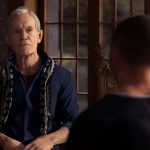 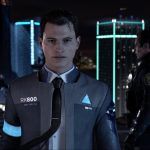 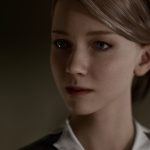 Each story is almost as unique as your DNA: it is the result of the choices you made, the minor ones and the important ones, because in Detroit, all choices matter. You will need to observe, think, decide, feel, follow your intuition or your heart, to tell the unique stories of each character, and their stories will become your personal story.

Detroit explores many complex themes that resonate with today’s world. Of course, it is about AI and the role of technology, but it is also more than anything about us, about our society, our dreams, our mistakes, our hopes. It is about what it means to be human: is it just about having flesh and bones, or does it mean more than that? We hope that it sparks some meaningful conversations and we’re looking forward to hearing what you think about it.

In order to depict the world of Detroit, we have also developed the most spectacular 3D engine we have ever created. We tried to push the limits of the PS4 as far as we could, with hundreds of highly realistic characters, full performance capture, scenes featuring crowds, all with a level of quality that we had never reached before. We have also imagined a new way of playing a story where you are in direct control of a complex story where any of your choices may have consequences.

With Detroit, Quantic Dream presents its most accomplished experience, a spectacular and unexpected journey full of emotions, twists and turns, dangers and hope, in the most bending story we have ever created – where every choice matters.

We hope you see Detroitas a unique experience that echoes some of the challenges our world faces, and maybe it even resonates with your own personal life. More than anything, we hope that Detroit will leave an impression on you, and that you will remember for a long time the story of these three androids who wanted to be free…”