PlayStation Plus Games for March 2018 Announced 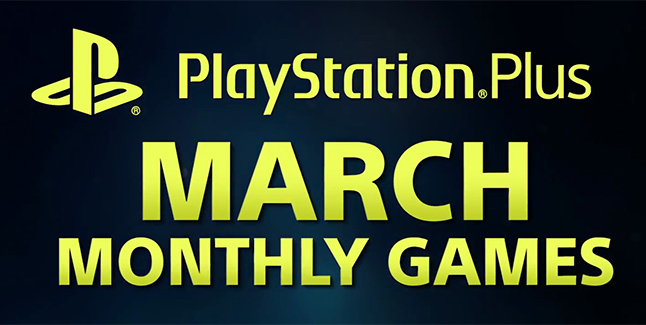 Sony Interactive Entertainment has announced the March 2018 lineup of free games for PlayStation Plus subscribers.

PS Blog: Welcome, good hunters! What a month February has been for taking down truly colossal foes! If you’re anything like us, you’ll have spent your month crawling up the hairy, hulking backs of The Forbidden Land’s legendary colossi or sprinting through the jungles of The New World with an Anjanath nipping at your heels.

Don’t hang up your hunter’s garb just yet though, March’s PS Plus line-up is ready to show its fangs and we’ve got a few more abominable beasts that need taking down. Here are the titles you can download from 6th March:

Yes, the critically-acclaimed Lovecraftian nightmare that introduced the world to the dark secrets of Yharnam will be coming to PlayStation Plus in March – and we can’t pretend we’re not excited for a whole new swathe of players to get a taste of this incredible world.

A grisly evolution of From Software’s genre-defining ‘Souls’ series, Bloodborne places you into the shoes of an unknown outsider who arrives in the accursed town of Yharnam searching for a special form of healing.

Brutal, blood-soaked and at times truly horrifying, Bloodborne is a one of kind experience driven by slick combat, rich lore and breathtaking art direction. If you’ve never dared set foot into this macabre nightmare before, then you’re in for one hell of ride – it’s time to get a little Yharnam blood of your own.

From one critically-acclaimed PlayStation exclusive to another – though with a significant change in tone – second in March’s line-up is Insomniac Game’s PS4 reimagining of their classic PS2 platforming hit.

Boasting jaw-dropping visuals, a tongue-in-cheek wit and some of the most down-right bizarre weapons to ever grace a video game, 2016’s Ratchet and Clank celebrates the very best of the series. Updating and expanding on the original game, this remake adds new weapons, extends levels and adds a whole host of new collectibles for you to hunt down.

Grab yourself a Sheepinator, climb on your hover-board and get ready to kick some asteroid.

To complement those two top-tier titles, you’ll also get two games apiece for PS Vita and PS3. With those included the final line-up looks like this:

All these will be available to download from PlayStation Store from 6th March.

We also have an important service update to share. Starting next year on 8th March 2019, the PS Plus monthly games line-up will focus on PS4 titles and no longer include PlayStation 3 and PlayStation Vita titles.

This won’t affect any games you’ve already downloaded, or will download, prior to 8th March 2019. Those games will still be part of your PS Plus games library as long as you remain a member.

Your game saves and other benefits of PS Plus will also remain the same – the only change is that no new PS3 and PS Vita games will be added to the PS Plus monthly games line-up beyond 8th March 2019.

Many of our fans are playing on the PS4 platform, with the increasingly vast number of PS4s in homes around the world. We’ll continue to prioritise the benefits you receive through your PS Plus membership, such as online multiplayer, PS4 monthly games, online game save storage and exclusive PS Store discounts across content and network services.

As a reminder, if you do not wish to continue your subscription, please be sure to cancel it by turning off auto-renewal in your account settings before 8th March 2019.