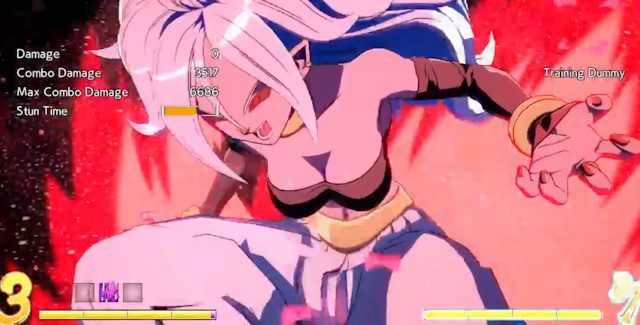 Here are some of the newly discovered Dragon Ball FighterZ glitches and solutions.

Note that these Dragon Ball FighterZ glitches can of course get patched by Arc System Works at any time. But you might encounter the here-under listed glitches for yourself in the meantime.

This first glitch is how to make any character in the game turn invisible!

To get the trick down, please watch the video guide with Da Joker’s handy voice-over tips…

This second glitch allows you to get a Health Bar reset glitch (a visual bug).

The combo counter and damage reset as they should but the health bar stays red as if the whole thing were a true combo. Its likely just a visual glitch as the opponent can still block the reset if they guess correctly.

This video shows how to get the Health Bar to reset on any match:

The third glitch is one that will hopefully get fixed after launch week when the servers aren’t being slammed by new players as much.

Until then you’ll likely encounter the “Acquiring Lobby Information…” message as you try to change lobbies.

This video shows how often it happens in lobbies:

How To Fix Glitches: Download the latest patch for Dragon Ball FighterZ, Bandai Namco will use patches/updates to try and fix the most common glitches in this PC, PS4 & Xbox One title.

Here’s the list of changes that will be implemented via the two Day One updates and a January 29th, 2018 update.

An update contains changes that are permanently stored on your system and only needs to be downloaded once. You can download the latest update by launching Dragon Ball FighterZ while connected to PlayStation Network, Xbox Live or Steam. You will be prompted to install the update if you do not already have the latest version.

• This minor patch addresses a save issue where the title would only save the second most recent change.

If while you’re playing DBFZ on PC you’re experiencing lower than ideal frames per second (FPS) or even stuttering gameplay, you should first check if your system can handle the game.

If you can handle the game, then for PC users there’s a myriad of causes that might be causing you issues. That’s why, the latest driver numbers for both NVIDIA and AMD cards have been recommended downloads so your graphics card is fully up to date to play DBFZ with less/no issues. The latest driver versions can be found below:

Have you encountered any Dragon Ball FighterZ glitches?