Call of Duty WW2 The Resistance The Darkest Shore Guide 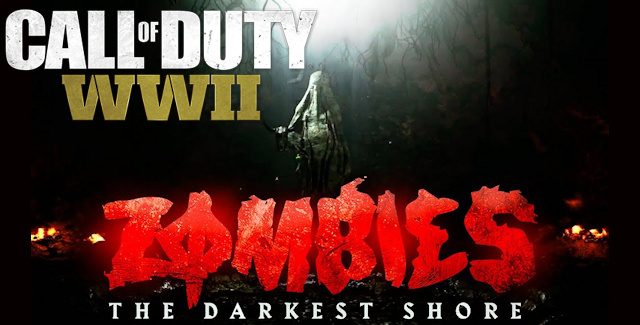 The Darkest Shore is part of The Resistance package for Call of Duty WW2, the final of four Zombies maps that tie together a new storyline.

Index of Call of Duty WW2 The Resistance Guides:

Call of Duty WW2 The Resistance The Darkest Shore Guide

This is a full guide to complete The Darkest Shore zombies map.

The main game’s Zombies experience continues with this first content pack in Zombies Map 1: The Darkest Shore, which is Sledgehammer’s latest chapter in the WW2 Zombies DLC adventure, called The Darkest Shore, that immerses players in an alternate universe.

It is the first installment in Zombies’s four-part episodic narrative driven by four characters. The Darkest Shore continues our heroes adventure, tracking Doktor Straub to an island covered in fog… and undead Nazi Zombies.

Here’s how to get started in The Darkest Shore:

The Darkest Shore follows our heroes into the next chapter of their dangerous journey. Only days after the horrific disaster of Mittelburg, the crew has received intel that suggests Doktor Straub is on an island just north of Germany. Blanketed in fog, this island is surrounded by Nazi air and sea power – and crawling with the Undead. Marie, Drostan, Olivia, and Jefferson will need to battle all this and more to uncover the mysteries hidden within the Darkest Shore.

TUTORIAL #1: How To Unlock The Pack-A-Punch Machine & Turning On The Power:

The Pack-a-Punch Machine can be obtained after turning on the power. It is always in the same spot. As well as the mentioned power generator locations on The Darkest Shore map.

TUTORIAL #2: Where To Get All Perk Locations:

The 6 perks can be obtained after turning on the power on The Darkest Shore. They are always in the same spot.

TUTORIAL #3: How To Get & Upgrade your Ripsaw Wonder Weapon:

The Upgrade can be obtained after turning on the power on The Darkest Shore and unlocking the Pack-A-Punch Machine. They are always in the same spot.

• Short guides showing you how to build & where to find the Ripsaw Upgrade in The Darkest Shore.

UP NEXT: A full The Darkest Shore walkthrough up to the ending!

Here are all the steps to take to finish The Darkest Shore easter egg puzzle:

This step-by-step video guide with handy voice-over tips by Noah shows you the start of the main Easter Egg quest and lists the requirements to complete it 100%.

That’s it! You now have all the details you need to complete the hidden Easter Egg puzzle in the new The Darkest Shore map. 😀

Big thanks to Activision, MrDalekJD, PegiGames & NoahJ456 for the discoveries on & after launch day!

Have you been able to complete COD WW2 The Resistance’s The Darkest Shore?