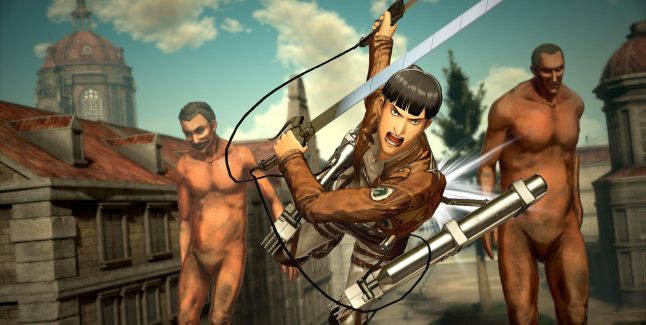 Koei Tecmo has released a new trailer for its upcoming Attack on Titan 2 game introducing the battle system.

In battle, players will make use of omni-directional mobility action to win the battle by severing Titan limbs and utilizing their surroundings. Special actions include “Hook Dive,” to evade Titan attacks and unleash finishing blows, “Sneak Attacks,” to unleash a devastating blow on a Titan’s blind spot, “Buddy Actions,” to call team members for aid and supplies, “Titan Transformation,” to transform into a Titan itself, and more.