PlayStation Plus Games for February 2018 Announced 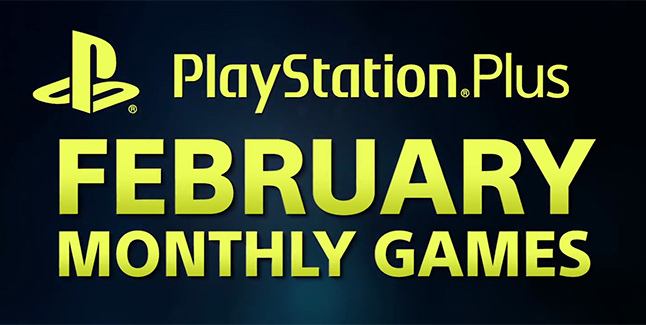 Sony Interactive Entertainment has announced the February 2018 lineup of free games for PlayStation Plus subscribers.

Check Out the PlayStation Plus “Free Games Lineup February 2018” Trailer:

PS Blog: Chin up, everyone: as of tomorrow January is officially over. From here on in the days get longer, nights shorter and, with any luck, people will stop asking if you managed to stick to this year’s resolutions.

Thank goodness! It’s time to look ahead to February, which is already peppered with some fantastic game releases, but – as ever – no month is complete without a fresh line up of PS Plus games. So, let’s dive in:

In the infamous words of Jurassic Park’s Dr Ian Malcolm, “well, there it is.” A fan-favourite of early PlayStation 4 adopters, the loveable shape-shifting Knack has been a hotly requested PS Plus title since the very beginning of the generation. Next month, he’ll finally get his time to shine.

For the uninitiated, Knack follows the action-platforming capers of loveable title character Knack as he fights to defend mankind in an ongoing war against the Goblins. Spawned from the mysterious power of an ancient relic, Knack has the unique ability to take on extra mass as he moves around the world – starting as a three-foot tall platforming pip-squeak and growing all the way into an earth-shaking titan.

If you have fun with it, why not try out the sequel, which launched late last year?

Next up is the stunning platform-adventure RiME. Tequila Works’ ambitious production finally arrived on PS4 last year to a great deal of very hard-earned and well-deserved praise.

Taking inspiration from classics like Journey and Shadow of the Colossus, RiME conjures an aesthetically breathtaking world for you to explore. From lavish beaches to sunken temples; ancient structures to dizzying cliff-sides, each new environment unfolds seamlessly from the last, pulling you ever deeper into its tale.

Continuing from January’s line-up, you’ll be able to pick up PlayStation VR multiplayer shooter Starblood Arena all next month as well.

StarBlood Arena places you inside the cockpit of a miniature battle pod and invites you to test your mettle in a lawless competition where only the most skilled pilots earn a shot at intergalactic glory.

StarBlood Arena places you at the centre of the action, trading shots with your enemies in a wide open arena that allows for 360° of movement. Take part in deathmatches for up to four players, or check out Invaders co-op mode – everything you do will earn you glory, credits and a shot at intergalactic fame.