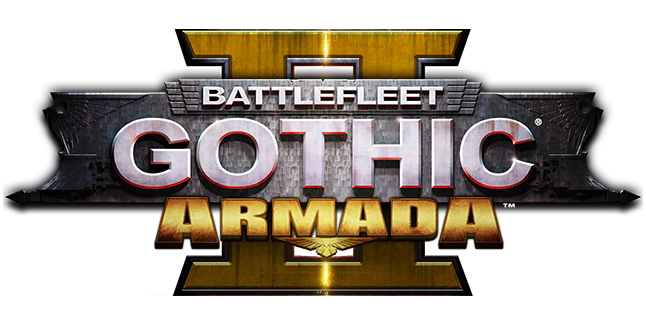 A few days ago, Focus Home Interactive and Tindalos Interactive announced the development for PC of Battlefleet Gothic: Armada 2 with a Reveal Trailer.

Romain Clavier, CEO & Game Director of Tindalos Interactive, and Aurélien Josse, CEO & Art Director, describe their ambitions and how they are making Battlefleet Gothic: Armada 2 better than its predecessor in every way. For the first time in a video game, the latest story development in the Warhammer 40,000 universe, Gathering Storm and the 13th Black Crusade, will serve as the canvas for the story of several dynamic campaigns. The game will also bring all 12 factions from the original tabletop game, playable in both solo and multiplayer, including the highly anticipated Necrons and Tyranids. With bigger battles, refined gameplay, improved multiplayer modes and features for a better and more balanced online experience, improvements across the board and even more customisation options for fleets and ships, Battlefleet Gothic: Armada 2 promises to be the ultimate Warhammer 40,000 space battle experience!

Finally get a sneak peek of the creative process at Tindalos, a team passionate about the Warhammer 40,000 universe since their childhood – a passion that followed them to this day and is evident in their work.

Battlefleet Gothic: Armada 2 is planned for release on PC in 2018, and will be first presented to the press during Focus’s yearly event in Paris, le What’s Next de Focus, on February 7-8.