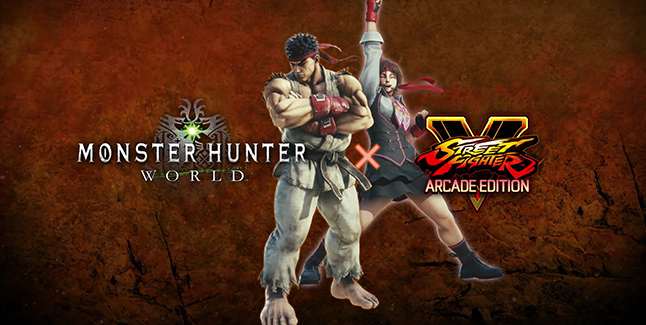 Capcom has announced a Street Fighter V: Arcade Edition collaboration event for Monster Hunter: World that will grant players full sets of armor that turn their characters into Ryu or Sakura.

Here is how you can get them, via Capcom:

“First up: a quick reminder these are full sets of armor that have to be equipped as one single entry and cannot be mixed with other armor pieces. However, these full armor sets can be equipped by both male and female hunters, even changing their voices to match either Ryu’s or Sakura’s.

In just a few weeks, we’ll be featuring the quest to get Ryu’s set as an exclusive early opportunity to PlayStation 4 players that also have a save data file from Street Fighter V (including Street Fighter V: Arcade Edition). Hunters with that save data will receive a special quest called “Down the Dark, Muddy Path.” Just channel your fighting spirit, complete that quest and you’ll get “Street Fighter V Tickets” as the special reward item. Bring that, along with other necessary materials, to the Smithy and you got yourself a Ryu armor set!

Hunters on PlayStation 4 that don’t have Street Fighter V save data (and hunters on Xbox One) won’t have to wait much longer, however, as the Event Quest will go back in rotation for all players at a later date. The exact timing is still to be announced, but during this time, everyone will be able to fight for their Ryu set.

And not long after that, two new Event Quests will be added to the rotation for all players (PlayStation 4 and Xbox One) and completing them will get you new “Street Fighter V Tickets,” so you can craft the Ryu and Sakura sets.” 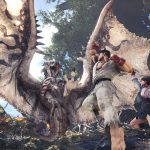 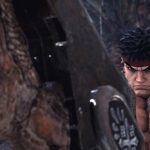 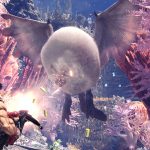 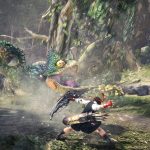 “Oh wait a minute! How do I get THOSE?!” you might also ask, while pointing at the Hadouken and Shoryuken on screen.

These sweet, iconic premium gestures, along with Chat Stamp sets, will be available for purchase for everyone on the PlayStation Store and Xbox Marketplace. Pricing of the extra content breakdown below: