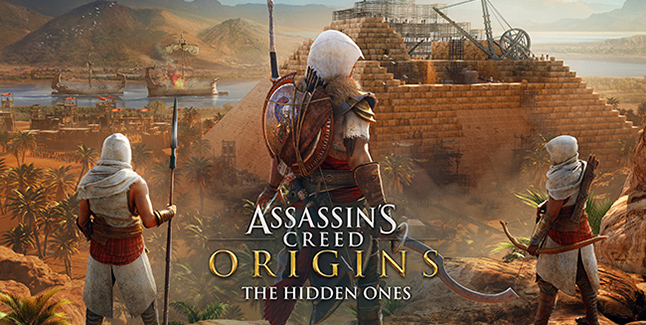 Ubisoft has released the launch trailer for Assassin’s Creed Origins: The Hidden Ones DLC, which comes out on January 23rd, 2018.

Check Out the Assassin’s Creed Origins DLC ‘The Hidden Ones’ Launch Trailer:

This story-driven expansion builds upon the growth of the Brotherhood, taking players four years after the events of Assassin’s Creed Origins, as they clash with an occupying Roman force in a new region of the world, the Sinai.

This expansion will increase the level cap to 45, allowing players to continue to upgrade and customise their character. Players will have access to four new Legendary weapons, a new outfit, two new mounts and multiple new weapons, as well as two new levels for all crafted gear. The Hidden Ones DLC is available for all season pass owners or can be purchased separately.