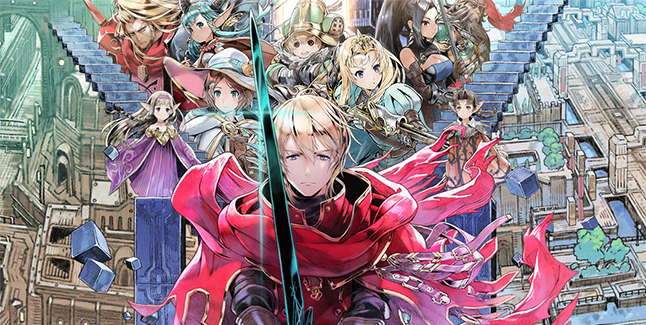 In Radiant Historia: Perfect Chronology, it takes a well thought out strategy to maximize your attacks because the battle system is more than a simple turn-based mechanic.

Here is what you can do to turn the system to your advantage:

• Maneuver adversaries around the battle grid

• Strike multiple foes in one attack

• An Enhanced Retelling of the Original – You’ll once again take the reins of Alistel operative Stocke as he unlocks the power of the White Chronicle relic and gains the ability to travel between two alternate timelines. With his new-found powers, Stocke will need to right the wrongs of the past in order to prevent the total annihilation of the world. This time though, things are a bit different. Redesigned character art, new character voice-overs, a brand-new opening animation by A-1 Pictures, new theme song, event illustrations, five new tracks from original composer Yoko Shimomura, and additional difficulty settings will enhance the experience in this fresh take of a beloved story.

• Exhilarating New Story Content – Stocke will now encounter a mysterious new character named Nemesia who will teach him more about his world’s history and unlock a third timeline to explore the ripple effect of some of his actions with episodic “what-if” scenarios. If you’re a Radiant Historia purist who simply wants to play through the original game’s story, we have you covered! Perfect Chronology offers two different modes: Append and Perfect. Append mode allows you to beat the original game before having the option to start a NewGame+ with the added content, while Perfect mode lets you play through the game with the inclusion of the third timeline from the beginning.

• A Classic That Can’t Be Missed – Even though there’s an abundance of expanded content to delve into, the heart and soul of Radiant Historia remains the same. If you missed out on the original game in 2011, the upcoming port is the perfect chance to play a modern classic. With an exciting positioning-based battle system, memorable characters, and thrilling time-travel mechanics, Radiant Historia: Perfect Chronology is an essential for JRPG fans.

Those who pre-order or snag limited launch copies of Radiant Historia: Perfect Chronology will be able to commemorate their escapades through different timelines with some pretty nifty goodies (Americas only). There’ll be an exclusive art book (we’ll reveal more details in the future) and a decal set that features some key figures from the game like the stoic Alistel agent Stocke, faithful confidants Raynie and Marco, the tough-as-nails Rosch, and other familiar faces. Changing the course of history isn’t easy, so use the art book and decals to remember everything that is and could have been. Those of you in Europe who pre-order or grab limited launch copies will receive an art book tucked inside the game case.