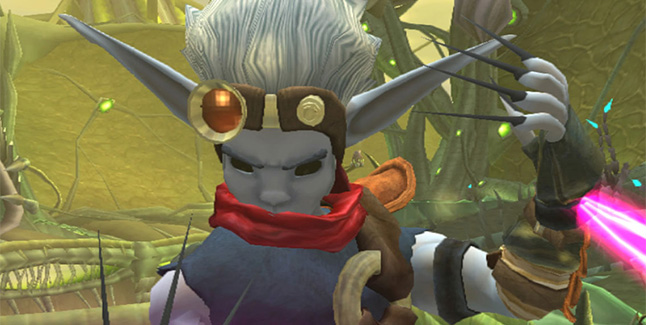 Here’s Jak and Daxter PS2 Classics image gallery. Click on any of these image thumbnails to see the full-size screens: 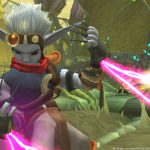 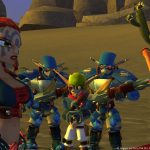 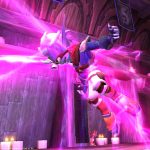 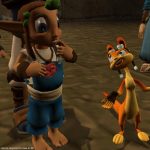 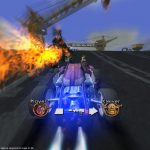 Here is an overview of each game, via PlayStation.com:

Jak is back in another action-packed adventure, but he’s not the same. Experiments with Dark Eco have gone wrong, leaving Jak with an uncontrollable dark side. Accompanied by your trusty friend Daxter, unleash the dark powers on multiple enemies and witness amazing transformations. Armed with powerful weapons, a high-tech jetboard, an impenetrable mech suit, and a number of vehicles at your disposal, you have no excuse for failure.

Jak and his faithful companion Daxter are thrust in the middle of an unforgiving Wasteland where survival of the fittest takes on new meaning. With potent weapons, armor, and vehicles, Jak also discovers that there is an emerging power inside him – the ability to balance Dark Jak and Light Jak. Questions about the mysterious Precursors, the mythical Mar, the fate of the world and the enigmatic Jak himself will be answered, as this most exciting adventure unfolds.

After a mysterious invite brings Jak and Daxter to Kras City, they discover that they have been poisoned by the sinister Krew. Krew proceeds to give the duo an ultimatum – race for him in the next Kras City Grand Championship and receive the poison antidote. Jak and his friends must now race for their lives in the biggest combat racing on the planet – against the best drivers in the world!

The first entry in the series, Jak and Daxter: The Precursor Legacy, is available now for PlayStation 4.