PlayStation Plus Games for December 2017 Announced 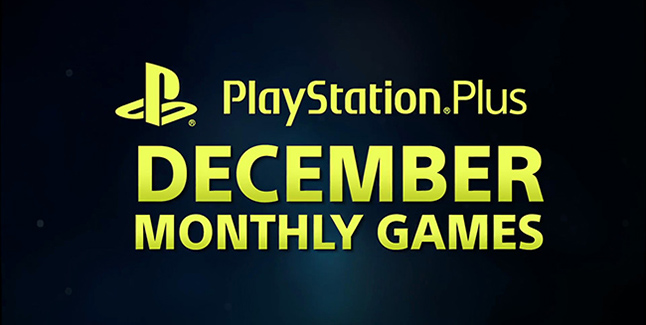 Sony Interactive Entertainment has announced the December 2017 lineup of free games for PlayStation Plus subscribers.

Check Out the PlayStation Plus “Free Games Lineup December 2017” Trailer:

PS Blog: Well, here we are folks, it’s very nearly that time of year again and with only one month of the year to go, we hope that 2017 has been good to you and that you’ve got some well-earned downtime to look forward to.

In the coming months we’ll be taking a look back at some of the year’s best bits in the world of PlayStation (and there’s certainly plenty to choose from) but for now, with 2017 still alive and kicking and the month end in sight, it’s time to unwrap a brand new bundle of PS Plus games.

Forget your zombie apocalypses and your post-nuclear wastelands: the End Times OGs are here to show you how it’s done and they’ve brought a flaming ethereal horse – well, at least one of them did.

Yup, this month’s PS Plus selection kicks off with Darksiders II: Deathinitive Edition. A remaster of the PS3 action adventure, the ‘Deathinitive’ edition has been carefully polished for PS4 with upgraded visuals across the board and all the original DLC bundled in for good measure.

Oozing with the brutal cool of a goth-metal guitarist, you’ll take on the role of legendary Horseman, Death, as he runs a scythe through various celestial plains in a quest to avenge his brother. Pummel enemies, collect weapons and work to uncover an ancient grudge that threatens all creation – it’s pure comic-book fantasy and it’s great fun.

What is Christmas about if not the act of loved ones casually bashing the stuffing out of one other as characters from a popular animated film series? Well, every family is different, I suppose…

Joking aside, if you do find yourself in need of a little family-friendly banter over the coming month, then Po and company should be able to sort you out. The premise is simple enough: one to four players hop into the arena as classic characters from the film series and go head-to-head to be crowned the ultimate kung fu master.

Each character brings their own unique kung fu style to the mix as they battle it out across the Valley of Peace in numerous locations that will be familiar to anyone who’s seen the Kung Fu Panda films. It’s silly, simple-to-pick up and a great way to let off some steam.

PS Plus bonuses: Until Dawn: Rush of Blood and That’s You!

On top of that, our special goodies from last month will also be available to download all throughout December: Until Dawn: Rush of Blood and That’s You!

Until Dawn: Rush of Blood comes from the same team that brought you 2016’s break-out horror hit Until Dawn. The spin-off draws inspiration from the original game – including locations and characters – and, using the power of PS VR, takes you on a thoroughly disturbing tour of one man’s unhinged imagination – definitely not for the faint of heart!

As with months previous, PlayLink title That’s You! will be also continue in the monthly line-up for those of you who haven’t had a chance to grab it yet.

An irreverent party quiz for you and up to five friends or family, That’s You! invites players to find out what they really think of each other. With your TV, PS4 and a tablet or smartphone in hand, answer over 1,000 funny questions, take part in daring doodle challenges, snap selfies for photo challenges and more.

You should know the drill by now: no monthly line-up is complete without a selection of titles for PS3 and PS Vita and we’re not about to break with tradition. That leaves our full line-up for December looking like this:

All the above (excluding the PS Plus Bonus titles, which you can pick up now) will be available to download from 5th December.