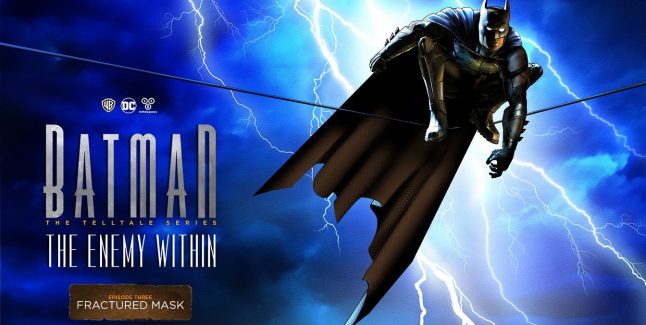 Telltale Games has confirmed the Batman: The Enemy Within Episode 3 release date is Tuesday, November 21st, 2017. “Fractured Mask”, the third of five of Telltale’s Batman Season 2 episodes, will be available for download worldwide on all platforms; Including Xbox One, PlayStation 4, PC & Mac, as well as iOS and Android-based devices.

Watch the Batman: The Enemy Within Episode 3 Trailer:

Here are a few more details about what’s in store for Episode 3:

“After an unexpected reunion, Bruce finds his attention (and his loyalties) stretched in yet another direction. Now, in addition to brokering a power struggle between Commissioner Gordon and Amanda Waller, Bruce must balance romantic entanglements with his mission to infiltrate the Pact. As he plunges deeper into the criminal underworld, the villains’ plan starts to come into focus, but will his deceptions take a dire toll?”

Here are some newly revealed the Batman: The Enemy Within Episode 3 images:

This can't be good. #Batman pic.twitter.com/I0Fv9xg6Qy

You don't want to mess with Harley when she's dual-wielding. That's how you know she means business. #Batman pic.twitter.com/kFEwO0oYZG

What do you think will happen on the next episode of Batman: The Enemy Within?