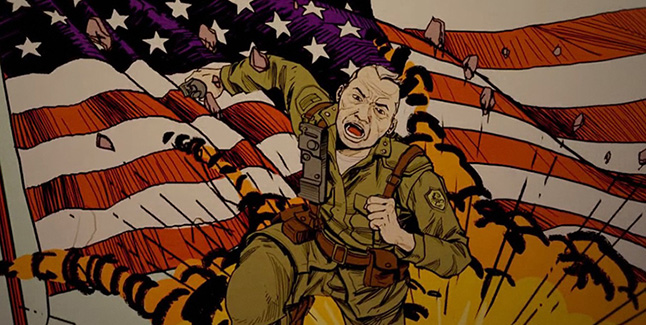 Bethesda Softworks has dated and detailed the post-launch downloadable content for Wolfenstein II: The New Colossus.

The multi-part downloadable content stars three different heroes, and will be available both separately as well as in the “Freedom Chronicles” Season Pass, which is available now for $24.99 (US) / £17.99 (UK) / $34.95. 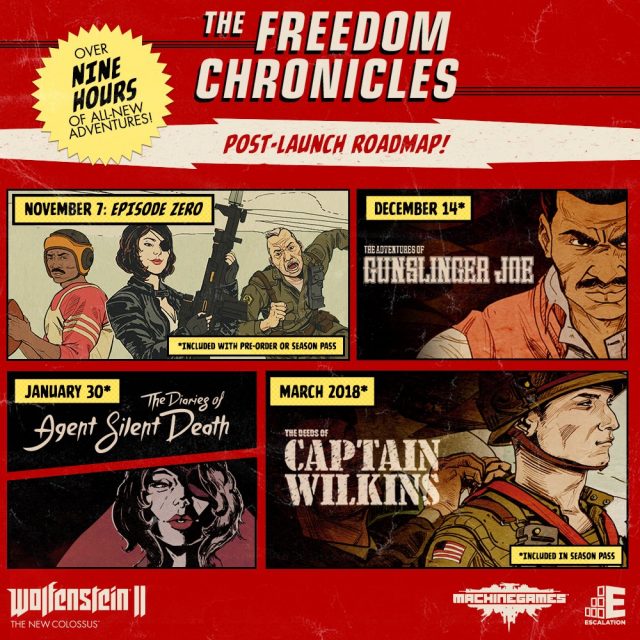 
Get the release dates and details below.

Episode Zero introduces you to Joseph Stallion, Jessica Valiant and Gerald Wilkins as they fight for freedom in the American Territories. Blast your way through Nazis using unique abilities and an arsenal of guns in this opening DLC mission

The Adventures of Gunslinger Joe – December 14

As former professional quarterback Joseph Stallion, smash through Nazi hordes from the ruins of Chicago to the vastness of space!

As ex-OSS agent and assassin Jessica Valiant, infiltrate Nazi bunkers in California and discover the secrets of Operation San Andreas!

As the US Army’s renowned hero Captain Gerald Wilkins, embark on a mission to Nazi-controlled Alaska to dismantle Operation Black Sun!

Wolfenstein II: The New Colossus is available now for PlayStation 4, Xbox One, and PC, and will launch for Switch in 2018.