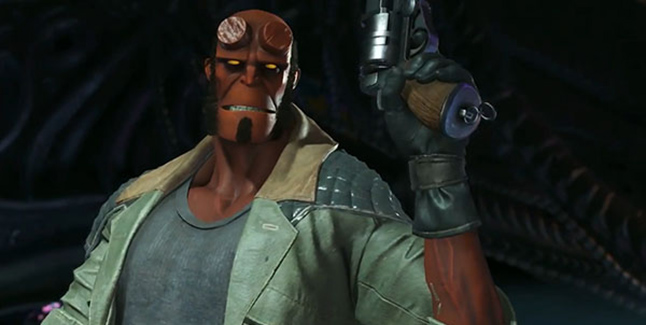 Beginning 14th November, players who have purchased the Injustice 2 Ultimate Edition, Injustice 2 Ultimate Pack or Fighter Pack #2 will be able to play as the member of the Bureau for Paranormal Research and Defense who has made monster disposal his specialty by using his trusty revolver and his Right Hand of Doom.

The Hellboy DLC will be available to all players and for purchase separately on 21st November.

Developed by the award-winning NetherRealm Studios, Injustice 2 features a massive roster of DC Super Heroes and Super-Villains and allows players to build and power up the ultimate version of their favourite DC characters. The game is currently available for PlayStation 4 and Xbox One, with DLC characters Red Hood, Sub-Zero, Starfire, Black Manta and Raiden available now.