Just Dance 2018: How To Unlock All Songs 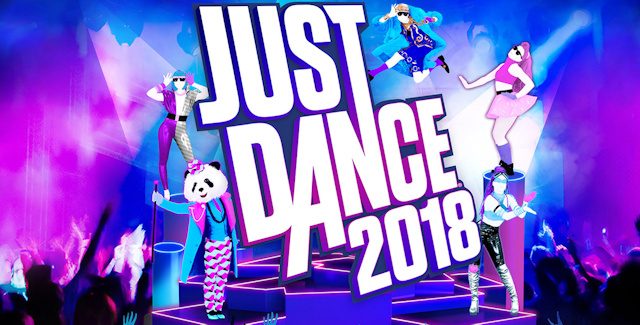 Just Dance 2018: How To Unlock All Songs

How To Unlock All Songs:

• “Sugar Dance” by The Just Dance Band: From the Just Dance 2018 main menu look under “Settings”, go to “Enter Code” and put in the “dance” code to unlock this song.

• “Just Mario” by Ubisoft Meets Nintendo: This song is exclusive to the Nintendo Switch version of Just Dance 2018.

• “All You Gotta Do (Is Just Dance)” by The Just Dance Band: Collect 10 Stickers in-game to unlock this song in Just Dance 2018.

• The rest of the songs can be unlocked by playing through the game’s dances normally. These remaining songs are…

The other unlockable songs are…

• “Another One Bites The Dust” by Queen
• “Bad Liar” by Selena Gomez
• “Beep Beep I’m a Sheep” by LilDeuceDeuce featuring BlackGryph0n and TomSka
• “Blow Your Mind (Mwah)” by Dua Lipa
• “Blue (Da Ba Dee)” by Hit the Electro Beat (as made famous by Eiffel 65)
• “Boom Boom” by Iggy Azalea featuring Zedd
• “Dharma” by Headhunterz and KSHMR
• “Diggy” by Spencer Ludwig
• “Fight Club” by Lights
• “Footloose” by Top Culture (as made famous by Kenny Loggins)
• “Got That” by Gigi Rowe
• “In the Hall of the Pixel King” by Dancing Bros.
• “Instruction” by Jax Jones featuring Demi Lovato and Stefflon Don
• “Itsy Bitsy Teenie Weenie Yellow Polkadot Bikini” by The Sunlight Shakers (as made famous by Brian Hyland)
• “Keep On Moving” by Michelle Delamor
• “Kissing Strangers” by DNCE featuring Nicki Minaj
• “Naughty Girl” by Beyoncé
• “New Face” by PSY
• “Risky Business” by Jorge Blanco
• “Rockabye” by Clean Bandit featuring Sean Paul and Anne-Marie
• “Sayonara” by Wanko Ni Mero Mero
• “Slumber Party” by Britney Spears featuring Tinashe
• “The Way I Are (Dance with Somebody)” by Bebe Rexha featuring Lil Wayne
• “Waka Waka (This Time for Africa)” by Shakira

Song already unlocked when you first start the game on current-gen systems:

• “24K Magic” by Bruno Mars
• “Automaton” by Jamiroquai
• “Bubble Pop!” by HyunA
• “Carmen (Overture)” by Just Dance Orchestra (as made famous by Georges Bizet)
• “Chantaje” by Shakira featuring Maluma
• “Daddy Cool” by Groove Century (as made famous by Boney M.)
• “Despacito” by Luis Fonsi featuring Daddy Yankee
• “How Far I’ll Go” by Disney’s Moana (as made famous by Auli’i Cravalho)
• “John Wayne” by Lady Gaga
• “Love Ward” by Hatsune Miku
• “Make It Jingle” by Big Freedia
• “Shape of You” by Ed Sheeran
• “Side to Side” by Ariana Grande featuring Nicki Minaj
• “Swish Swish” by Katy Perry featuring Nicki Minaj
• “Tumbum” by Yemi Alade

• There are 12 alternate routines for songs in Just Dance 2018 and they can all be unlocked through the Gift Machine.

The alt routine songs are…

What’s your favorite of the Just Dance 2018 songs?