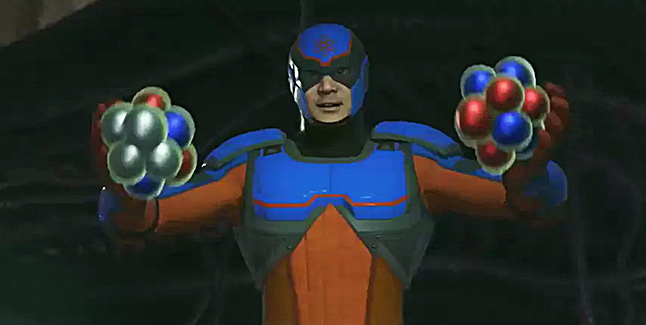 Here’s an overview of the character, via Warner Bros.:

“Physics prodigy Ryan Choi took on the mantle of the Atom when his mentor—and original Atom —Ray Palmer mysteriously disappeared. Now armed with quantum shrinking technology, Ryan will use the subatomic power of the quantum bio-belt to seek out his lost friend and further the fight for justice.”

Injustice 2 is available now for PlayStation 4 and Xbox One.