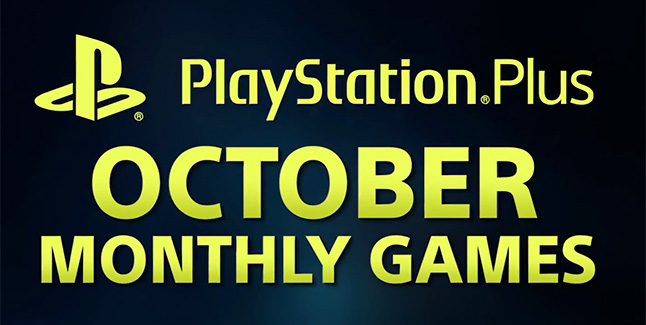 Sony Interactive Entertainment has announced the October 2017 lineup of free games for PlayStation Plus subscribers.

PS Blog: So long September and hello October: the home of hilarious Halloween costumes, unpredictable weather patterns and – for the caffeine addicts among us – the glorious pumpkin-spiced latte.

We hope you had fun with September’s PS Plus games. If you’ve not had a chance to tear across the Seattle skyline as a delinquent neon streak yet or befuddle the agents of darkness with a slew of rhyming couplets, we suggest you hop to it, because October’s titles are coming in hot and you’re gonna want your backlog looking respectable.

What do we have for you next month, then? Let’s start with the big guy – Big Boss, that is.

The culmination of three decades of cutting-edge development, Kojima Productions’ farewell to the Metal Gear universe brought together dozens of disparate elements to deliver an open-world stealth-action sandbox quite unlike any other.

As legendary soldier Big Boss, it’ll be up to you to run countless incursions into the conflict-ridden territories of Afghanistan and Central Africa as you work to liberate captured comrades and recruit new personnel to rebuild your decimated private army.

Over the course of the adventure you’ll develop new weapons, capture key targets and uncover the shadowy figures that betrayed your organisation – all in the lust for vengeance.

With Halloween hitting at the end of the month, this one was a bit of a no-brainer. A true cult hit, if ever there was one, the Amnesia series garnered itself a reputation among gamers as one of the most terrifying experiences of last generation.

Last year, the complete series – Amnesia: The Dark Descent, Amnesia: A Machine for Pigs and Amnesia: Justine – got polished up and released on PlayStation 4. Each unique adventure places you in the shoes of a different protagonist as they struggle to overcome their own personal (and some not so personal) demons, and (hopefully) escape with their sanity intact.

Feeling brave? Got a few friends that’ll hold on to you for the scary bits? Then there’s no better month for it – each is an experience not soon to be forgotten.

PS Plus Bonuses: RIGS Mechanised Combat League and That’s You

Designed and built exclusively for PS VR, RIGS places you in the cockpit of a mechanical sporting titan known as a ‘RIG’ and launches you into a competitive sports league that combines first person shooter combat with team-based tactics and… erm, slam-dunking yourself through a giant gold hoop. It’s a must for PlayStation VR owners.

PlayLink title That’s You will be also be available for those who missed it in September.In this irreverent party quiz you and up to five of your friends and family get to find out what you really think about each other. With your TV, PS4 and a tablet or smartphone in hand, answer over 1,000 funny questions, take part in daring doodle challenges, snap selfies for photo challenges and more.

The line-up wouldn’t be complete without two additional titles apiece for both PlayStation 3 and PlayStation Vita, and October is no exception. That leaves the full run-down looking like this: