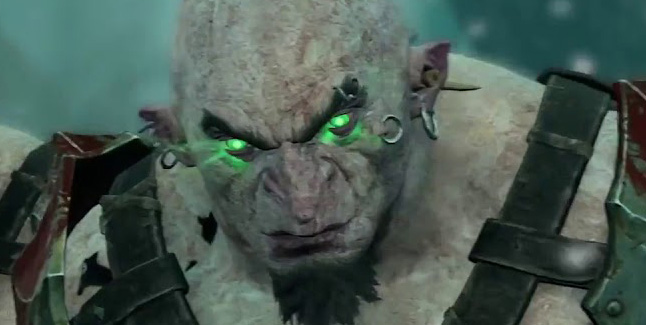 Warner Bros.has released a new video for Middle-earth: Shadow of War, spotlighting the Mystic tribe, a faction of Orcs who specialise in dark magic, rituals and incantations that date back thousands of years.

Check Out the Middle-earth: Shadow of War ‘Mystic Tribe’ Trailer:

In Shadow of War, Orcs now belong to tribes, which extend their influence stemming from the Overlords ruling the mighty fortresses throughout the open world, providing a rich ecosystem of missions, exploration and a dynamic Orc society with diverse Orc cultures, all brought to life through the expanded Nemesis System. While the Mystic tribe’s warriors are as capable as Orcs of other tribes, all of Mordor fear the curses and spells that the Mystic tribe can invoke, who call upon their black magic of the Dark Lord to torment their enemies.

Set between the events of The Hobbit and The Lord of the Rings, Middle-earth: Shadow of War is an open world action RPG that continues the original narrative of Middle-earth: Shadow of Mordor. Players will be engrossed in a richer, more personal and expansive world full of epic heroes and villains, iconic locations, original enemy types, more personalities and a new cast of characters with untold stories.

Middle-earth: Shadow of War will be available for Xbox One X, Xbox One, Windows 10 PC (Windows Store and Steam), PlayStation 4 and PlayStation 4 Pro beginning October 10, 2017.