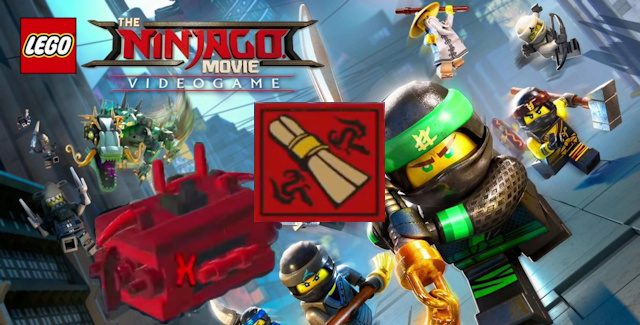 The Timeline for all these in-game Red Bricks AKA Ancient Scrolls locations is listed below.

The Red Bricks Ancient Scrolls are listed in the step-by-step video, in the order that they appear chronologically per chapter / area.

Timeline in minutes for the Ancient Scrolls Locations Guide:

• Ancient Scroll Location #9: Master of Endurance (Invincibility) – Unlocked by collecting all 21 Ninjanuity Tokens, which you’ll automatically collect if you play through the story without skipping any parts.

• Ancient Scroll Location #10: Master of the Dragon (Infinite Skyward Dragon) – Unlocked by completing all 9 Dojo stages in the game. Dojo’s can be accessed from either the map or from within the Ninjago hub itself. — To finish all Dojo boss fights, check out the video guide above.

There you go! All Red Bricks Ancient Scrolls in The Lego Ninjago Movie Videogame are yours! 🙂

I hope these tips helped you get all of the Red Bricks Ancient Scrolls hidden in the game.

Please check out our other “How To” guides listed at the top of this page to enjoy The Lego Ninjago Movie Videogame more! 😀

Huge thanks to YTSunny for the guide videos and tips.

Please comment if you have any additional The Lego Ninjago Movie Videogame Red Bricks Ancient Scrolls location tips of your own, we’ll give you credit for it. – Thanks for visiting!