XCOM 2: War of the Chosen Walkthrough 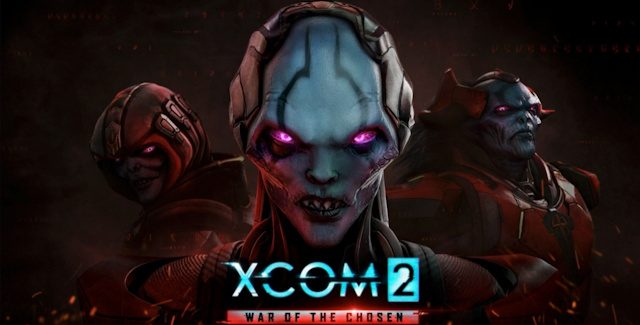 Our XCOM 2: War of the Chosen walkthrough will guide you through the beginning to ending moments of gameplay with strategy tips for this turn-based strategy game expansion pack on the PS4, Xbox One & PC.

Let’s start the XCOM 2: War of the Chosen walkthrough with an introduction video!

Please note that viewers must be at least 16 to watch, so no harm comes to those with innocent eyes. This game includes Violence.

XCOM 2: War of the Chosen Walkthrough

XCOM 2: War of the Chosen, is the expansion to the 2016 award-winning strategy game of the year.

XCOM 2: War of the Chosen adds extensive new content in the fight against ADVENT when additional resistance factions form in order to eliminate the alien threat on Earth. In response, a new enemy, known as the “Chosen,” emerges with one goal: recapture the Commander. This expansion includes new Hero classes to counter the “Chosen”, new enemies, missions, environments and increased depth in strategic gameplay.

Note: Requires XCOM 2 game to play, which is sold separately.

Welcome to the XCOM 2: War of the Chosen walkthrough!

Christopher will be your voice-over commentator showing you around the game’s areas on Legend Ironman difficulty level.

Work with The Reapers, The Skirmishers, and the Templars to take down the Assassin, the Warlock and the Hunter who represent the Chosen.

In this first mission your objective is to sabotage the ADVENT monument.

Tip: Use grenades to shred or remove the armor of tough enemies before the rest of your squad engages them.

Sabotage the psionic transmitter in the tunnels.

Tip: When controlling a Ranger, right click on an enemy to initiate your charging melee attack.

The Operation Lost and Abandoned Faction Mission sees you rendezvous with the Reapers.

Defend the Haven from assault.

Tip: Overwatch shots suffer no aim penalties when triggered as part of an ambush.

Tip: An increased Dodge stat can lead to graze shots, where only partial damage is applied.