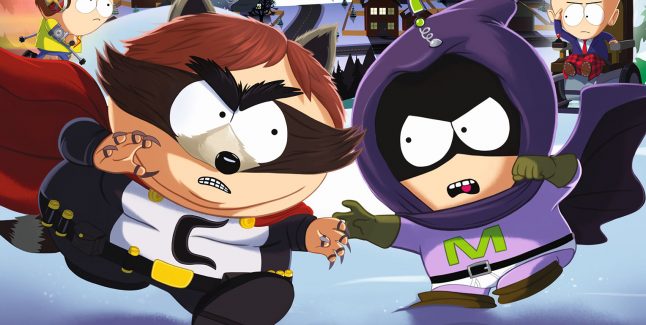 Ubisoft has released a new developer walkthrough for South Park: The Fractured But Whole at Gamescom.

Check Out the South Park: The Fractured But Whole New Gameplay:

It’s actually the same demo that was available at E3, but with Jason Schroeder, the game director, and Kimberly Weigend, the associate producer, providing commentary on and explaining crafting, looting and environmental puzzles. The two provide additional context and color for all of the actions executed during the walkthrough.

In the trailer shown below, we see the diminutive superheroes need to find a specific dancer in the Peppermint Hippo, which requires them to gain access to the DJ booth. The DJ is thirsty for a gin and tonic, so they have to make a particularly disgusting, fart-based cocktail for him, making him sick and have to run to the toilet, freeing up the booth.

As Scott and the new kid explore the Peppermint Hippo, they encounter a variety of different items that can be combined, with Schroeder noting that crafting items will earn crafting points that lets one create better items in greater quantities as the game progresses. Plus, it’s neat to see the characters interacting with the environment by affecting scenes, breaking objects, or just simply moving them so as to gain access to new areas and obtain new gear and quest items.

The gameplay for South Park: The Fractured But Whole looks to be a significant leap from The Stick of Truth, fans can at least expect the humor to remain the same, if not be even more brazen this time around, especially since the show’s creators Matt Stone and Trey Parker are deeply involved in the forthcoming title’s production.
South Park: The Fractured But Whole is due out on October 17.