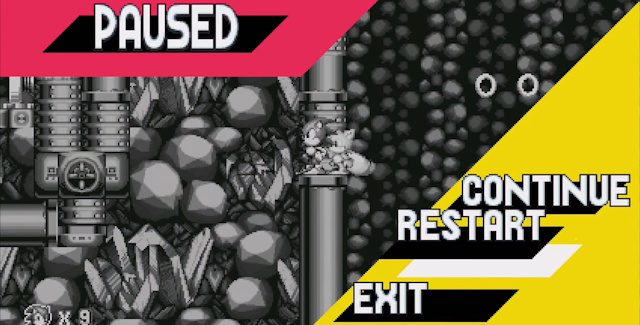 Here are some of the newly discovered Sonic Mania glitches and solutions.

Note that these Sonic Mania glitches can of course get patched by Sega at any time. But you might encounter the here-under listed glitches for yourself in the meantime.

During the story mode (done on a PS4), you might encounter this stuck-in-the-wall glitch if in “Lava Reef Act 2” when speed-running from the lava you dash into a nearby wall (look for the purple pipe). – You’ll still be able to jump upwards, but you’ll end up getting stuck at the top of the stage all the same.

This video shows where the Sonic and Tails glitch occurs:

During the story mode (done on a PS4), you might encounter this softlock glitch if in “Chemical Plant Act 1” right at the end of the “Dr. Robotnik’s Mean Bean Machine / Puyo Puyo” mini-game boss fight, you jump when it’s about to pick you, thus canceling it. – You’ll still be able to move around in the blocked off play area, but you’re stuck all the same.

This video shows where the Sonic and Eggman glitch occurs:

During both Green Hill act 1 and Chemical Plant act 1. While playing as Sonic and Tails, with Sonic equipped with a water shield, beat the boss. Bounce as the Sign lands and stops spinning and land in Tails’ arms, and keep flying until the score is counted… Continue flying and as the game switches from Act 1 to Act 2, the game will force crash causing you to return to your home screen.

Have you encountered any Sonic Mania glitches?