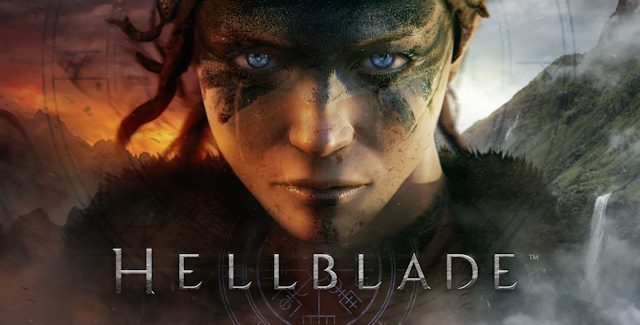 The Hellblade: Senua’s Sacrifice trophies guide lists every trophy for this PS4 action hack ‘n slash game and tells you how to get and unlock them all.

In the Hellblade: Senua’s Sacrifice trophy guide we’ll show there are 15 Trophies (14 Hidden Trophies) that can be earned in the PS4 version. Earn Bronze (0), Silver (5), Gold (9), and Platinum (1) Trophies to increase your Gamer Level.

1. Done (Platinum) — Collect all of the other trophies

2. The Fight Begins (Gold) — Reaching the Gate for the first time

How To Beat Surtr / God of Fire: Because he’s slow, dodge sideways and he will almost always miss you. Then do one or two heavy attacks and repeat.

Over the course of the fight Surtr will kneel down and be surrounded by fire. The fire doesn’t hurt you, so rush towards him and land some with heavy attacks from behind while he kneels. This will deplete his health very quickly.

If he knocks you on the ground press X quickly to get back up.
When he starts burning, stop attacking and press R2 to use your vision. This will make him vulnerable and he will stop burning.

How To Beat Valravn / God of Illusion: Some attacks can be parried with a well timed block (press R2). The boss likes to throw projectiles at you from a distance. A quick way to close the gap is to press X, which makes you dodge forward. You can also dodge sideways to counter Valravn’s jump attacks and then attack with a few heavy attacks from behind.

During the fight some smaller enemies will spawn. As soon as the spawn use the X – Square – Square – Triangle – Triangle to kill them instantly (if performed correctly, Senua dashes forward and performs a quick stab combo).

Remember you can change the difficulty in game options at any time. If you get knocked on the ground press X very quickly to get back up.

During the last phase you must press R2 to use your vision and make the boss vulnerable. If you don’t do it the boss will appear as a shadow shape and won’t take damage from your attacks.

5. Source of the Darkness (Gold) — Meet Hela for the first time on the Bridge

8. Cure For the Plague (Silver) — Complete the Swamp Shard Challenge

10. Gramr Released (Gold) — Pull Gramr out of the Tree

12. Into the Mountain (Gold) — Enter Helheim

How To Beat Fenrir / Wolf: You will have to use your focus a lot (press R2). This makes the boss vulnerable. Without your focus active you won’t deal him damage. The focus also slows down time which makes it easier to dodge attacks and land more combos.

Fenrir is a big wolf enemy and only uses close range attacks. He is big and slow, but powerful. Dodge all his attacks, blocking usually gets you knocked to the ground. For his AOE jump attacks dodge away, for his other attacks dodge sideways. It’s best if you stick to heavy attacks. Land 1-2 hits, dodge, repeat.

When the screen goes dark you need to activate your focus. When you have to search fenrir (he hides in the dark multiple times throughout the fight), you should get ready to dodge. He always does a charge or jump attack when he comes out of the dark.

How To Beat The Final Boss: You will have an overpowered sword that kills most enemies in one hit. Activate your focus ability (press R2 during combat when it’s powered up) and then do L1+Square combos. This is a running sword stab. Senua will jump a few meters to the enemies. The weak ones die in just one hit. You can chain together really long combos with this and kill one enemy after the other. – During the first two phases fight the mobs & shadow bosses until they are all dead.

You don’t actually have to fight the boss himself, only his mobs. – In the last phase when the boss is sitting in the middle of the arena you must let the enemies kill you. Otherwise they just keep spawning infinitely. When they kill you the final ending cutscenes starts.

15. Stories From the North (Gold) — Collect all of the Lorestones

Tip: To find all 44 Lorestones in the game, check out our “Hellblade: Senua’s Sacrifice Lorestones Locations Guide”.

Special thanks to Ninja Theory & Powerpyx for the list, tips & guide videos.

Please comment if you have any Hellblade: Senua’s Sacrifice trophy unlock tips of your own. Kudos will be given. – Thanks for visiting!